“The Israeli enemy carried out an air attack with missile bursts,” the agency said.

The air raids by Israel came from the direction of Beirut to the southeast, the agency added. The Syrian authorities are now assessing the damage caused in the area by the Israeli attack.

Israel‘s security forces have been bombing Hezbollah and government targets consistently in Syria for the past few years, but it rarely acknowledges such attacks, Al Jazeera reported.

Between 1975-1990s Hezbollah arose as a powerful political force in Lebanon. It worked with local Shia leaders and drew international support from Iran. It continued its presence even into the current day with a militant stand against the United States and Israel.

As a well-organized group without a traditional state structure, it has become a threat to American and Israeli presence in Southwest Asia, often being compared with Iran and Russia in terms of its adversarial relationship with the United States.

Read More: “We don’t need your teargas to cry” – the dissenting pangs of Lebanon

The attack on Thursday was carried out by Israel from Lebanese airspace is evidence of the country’s deliberate effort to escape responsibility for the military action. The sound of the aircraft was heard in and around the area of Beirut. Loud noises were also heard by the residents in the attacked areas in Syria. 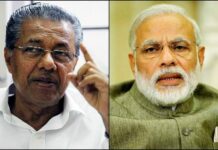 The Past, Present, and Future of Secularism