The agency filed a notice in San Jose federal court voluntarily dismissing the entire case, which it had filed over the summer, without prejudice, a move which allows for the planned refiling.

In a two-sentence filing in the Northern District of California, DFEH voluntarily dismissed the case filed in July without prejudice.

The suit has been refiled in California state court in Santa Clara County but declined to comment further.

Silicon Valley giant Cisco Systems Inc. was sued by California regulators on the grounds of job discrimination against an Indian American employee. The employee was harassed by two managers because he was from a lower Indian caste than them, as reported by Reuters.
The engineer, identified anonymously as John Doe, is a member of the Dalit population, also known as the “Untouchables.” In June, the California Department of Fair Employment and Housing sued Cisco on the worker’s behalf, alleging he was paid less, given fewer opportunities, and experienced inferior conditions at work because of his caste status. The discrimination allegedly took place at Cisco’s headquarters in San Jose.

The California agency spokesperson in an email responded that they would refile the case in state court and would not comment further because the case was in “open litigation.”

In July, the state agency sued Cisco alleging that the employee was discriminated against by his Indian bosses because of his caste.

The case of caste discrimination goes back to 2016 when the complainant had reported Iyer to Human resources in November 2016 for outing him as a Dalit to colleagues. Iyer allegedly retaliated, but Cisco determined caste discrimination was not illegal and issues continued through 2018, the lawsuit states.

Cisco reassigned and isolated the employee, rejected a raise and opportunities that would have led to one, and denied two promotions, according to the lawsuit. 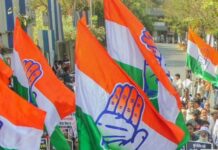 ‘Modi coins new adjectives to malign all dissent in this country’: ANHAD