Amongst the many collapses one has witnessed during the COVID-19 pandemic influenced lockdown (without a plan), the most critical one is that of governance. It was not unexpected, considering how dysfunctional India’s governance systems are. But none would have imagined this to also afflict India’s science establishment and the miserable collapse of scientific leadership in the Indian Council for Medical Research (ICMR).

Only a Joint Parliamentary Committee investigation may reveal who and what prevailed on Prof. (Dr.) Balram Bhargava, MD, DM, FRCP (Glasg), FRCP (Edin.), FACC, FAHA, FAMS, FNASC, FASc, FNA, DSC (these are his qualifications) and Secretary, Dept of Health Research to the Indian Ministry of Health & Family Welfare, who in his position as the Director-General of ICMR wrote a letter on 2nd July this year to his “Colleagues”, as he addressed them, explaining that “ICMR has partnered with Bharat Biotech International Limited (BBIL) to fast-track clinical trials of the indigenous COVID-19 vaccine (BBV152 COVID Vaccine)”. Dr. Bhargava went on to state that this is “the first indigenous vaccine being developed by India” and with pronounced emphasis added that this “is one of the top priority projects which is being monitored at the topmost level of the Government”. Where that “topmost” level is, we well know.

Disturbingly, the letter then proceeds to state that it is “envisaged to launch the vaccine for public health use latest by 15th August 2020 after completion of all clinical trials” (emphasis supplied). It is claimed that “BBIL is working expeditiously to meet the target”, but, “however” (and this is where the responsibility shifts) “final outcome will depend on the cooperation of all clinical trial sites involved in this project”.

At this point, the letter could have ended, problematic as it is in two aspects. One, BBIL is a private company, very close to Vice President Mr. Venkaiah Naidu, Prime Minister Narendra Modi, Health Minister, Dr. Harshvardhan, and also BJP President Nadda. With such patronage, it is not difficult to guess how this particular company came to be selected by ICMR for mass production of the vaccine, over so many other worthier ones. In fact, the letter makes no effort whatsoever to justify how and why this particular private company came to be selected.

Second, when admitting it is a “top priority” initiative being monitored “at the topmost level of the Government”, the Director-General perhaps intended to stress the criticality of developing the vaccine to tackle COVID. However, when clear deadlines are indicated to the “launch of the vaccine for public health use” and that too “latest by 15th August 2020”, it does not take much to guess the intent. Wouldn’t it be a global spectacle of historic proportions that Prime Minister Narendra Modi would seize, and then from the ramparts of the Red Fort, where he would deliver the Independence Day Address to the nation, declare to the world that India has found a vaccine to the most deadly pandemic. Who knows, he may even declare the vaccine will be mass-produced in India and sent across to all the world – for free even, as a measure of India’s goodwill. The global political dividends would be massive, and all criticisms of Modi’s style of divisive and authoritarian functioning would quickly recede at the speed of light into the far reaches of the cosmos.

From here on the letter gets a sinister tone. “In view of the public health emergency due to COVID-19 pandemic,” Dr. Bhargava writes, “and urgency to launch the vaccine” (emphasis supplied), the chosen institutions for human trials are “strictly advised to fast track all approvals” (emphasis supplied). Besides, they must “ensure that the subject enrollment is initiated no later than 7th July 2020”. Subject enrollment here means the recruitment of healthy human volunteers, who would be tested by the trial vaccine following certain protocols.

By the 7th of July, as per news report, the letter had not reached the participant institutions, and through the proper channels. Of course, it leaked out and served a body blow of an embarrassment no scientific organization has ever suffered. For as every credible lab, every major vaccine research company, and all countries who have invested in vaccine research would know, vaccines cannot be produced like that, tested and released to freakishly short timelines – of a month. It takes lots of time, many failures, lots of testing, and even then the vaccine may not be found. And if there is a worthy candidate discovered, it would have to go through approvals of World Health Organisation and various other leading agencies to substantiate its worth beyond any reasonable doubt. Just ask anyone who has worked to discover a vaccine for HIV/AIDS, for instance.

Whilst this third aspect is most troubling, here comes the fourth salvo at science and humanity. The letter warns in no untoward manner that “non-compliance will be viewed very seriously” (emphasis supplied). In other words, the heads of 13 institutions selected for trials would be held accountable for violating the Disaster Management Act, 2005, a law with some draconian provisions, that is governing all aspects of the COVID pandemic struggle in India. Besides, they would also invite the wrath of Prime Minister Modi. Who else? Fearful, they would now rush to recruit candidates for testing, and we can well imagine how this might be done.

The most unfortunate victims of these human trials would be those who are most desperate to earn whatever little they would be paid for their ‘service’. They might likely be illiterate and thus unknowingly surrender their bodies to be ‘guinea pigs’ – signing consents, or just putting their thumb impressions without fully realizing what they are doing. Nothing at all is available on the ICMR website, and nothing at all is stated in the letter, to suggest that the human trials are compliant with the ICMR’s own guidelines for human trials. In fact, such a miss begs the question if the intent was to sidestep these guidelines?

Caught by the harsh criticism from all over the world, ICMR issued a clarificatory Press Release on 4th July in which it claimed: “ICMR’s process is exactly in accordance with the globally accepted norms to fast-track the vaccine development for diseases of pandemic potential wherein human and animal trials can continue in parallel” (emphasis in original). Then it went on to say ”the letter by DG-ICMR to investigators of the clinical trial sites was meant to cut unnecessary red tape, without bypassing any necessary process, and speed up recruitment of participants” (emphasis supplied).

It is difficult to imagine which bureaucrat would ‘red tape’ approval of invoices or clearing bills for the purchase of reagents and lab equipment, to move this critical effort forward, knowing well s/he would receive the wrath of none other than Modi. But was this attack on ‘red tape’ to nudge the exercise in a direction to ensure somehow or the other ‘recruitment of participants’ in human trials would happen in a couple of days? When normatively it would take weeks, if not months?

Here’s the funny part. To those who rightly raised alarm over ICMR’s ham-handed, oh-so-most-embarrassing, dealing of human trials of a COVID-19 vaccine, this is the response: “While issues raised in the public domain from time-to-time by commentators are welcome, as they form an important part of the feedback loop, the best of India’s medical professionals and research scientists should not be second-guessed for their professionalism or adherence to the highest scientific rigour” (Emphasis supplied).

Nobody is second-guessing Indian scientists’ capabilities. What is at stake here is the very future of India. Dr. Bhargava simply did not function as Director-General of ICMR. He appears to have been driven by his role as a Secretary of the Health Ministry. So much must have been the pressure on him “topmost level of the government” that he failed to think for a moment what he was signing. What if the vaccine developed at Pune based National Institute of Virology, which “appears to be promising” to BBIL/ICMR, is not quite that? Who is to tell if public transparency and accountability mechanisms, critical to recruiting volunteers for such trials, are not complied with because of the pressure to deliver to an impossible timeline? What if the testing centers aren’t sufficiently equipped, or do not have the qualified personnel to document results correctly, and report them fearlessly? What if the vaccine is a cure worse than the disease and afflicts India’s population in ways unimaginable – for wrong vaccines can do that.

It’s alright to say one messed up. But ICMR is not doing that. It is defending its terrible decision and must be fought tooth and nail. For our lives, and that of generations to come, depend on that fight.

The author is an environmental activist based in Bangalore. Views are personal.

Karnataka: KS Eshwarappa’s History of Spewing Venom and Taking it Back 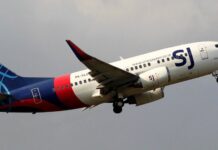