On 9th October 1967 socialist revolutionary and Latin-American guerilla leader Che Guevara was killed by CIA-backed Bolivian forces. Now, with the increased influence of western and American-centrism, Che Guevara seems to be going through a slow, second death in India.

“I am not the person I once was…All this wandering around ‘Our America with a Capital A’ has changed me more than I thought.”

In December 1951, a 23-year-old, wealthy, Argentinian medical student, went on road trip across Latin America that deeply transformed his life. Through the trip, for the first time Che witnessed the first hand effects of American imperialism in the lives of the Latin American: people forced to work in coal mines, indigenous cultures exploited into absolute destitution, leprosy patients without proper medical care who are treated as outcasts.

Che realised that American imperial capitalist forces and feudal powers were so brutal that only way to defeat them was through a counter-revolution, which would involve taking up arms. He had witnessed first hand how the US destroys democratically elected socialist leaders and replaces them with genocidal dictators, such as in the case of Arbenz Government in Guatamala who the exploitative United Fruit Company campaigned against.

And so, he reached out to a small group of guerrillas led by the Castro brothers who were on exile from Cuba, and intended to overthrow the CIA-backed mass murderer and dictator, Fulgencio Batista.

Che was highly involved in the setting up of a revolutionary democracy in Cuba, and spearheaded progressive laws after the revolution. Guevara stressed on the need for literacy and land reform. By 1959, the official literacy rate became 60-76 percent, with rural areas getting access to education for the first time. In May 1959, he also introduced the Agrarian Reform Law, which sought to break up large landholdings and redistribute land to peasants who on worked it, cooperatives, and the state.

“I can do that which is denied you due to your responsibility as the head of Cuba, and the time has come for us to part

I carry to new battlefronts the faith that you taught me, the revolutionary spirit of my people, the feeling of fulfilling the most sacred of duties: fight against imperialism wherever it may be” – letter to Castro on leaving Cuba

In 1965, Che Guevara resigned from the Cuban Government, and travelled to Congo and Bolivia, to help their own anti-imperialist, anti-racist and anti-colonial movements. In Bolivia, he was captured and shot by their CIA-backed army. For years, the American Government claimed this was “stupid”, but the order to shoot came from the White House.

After death, Guevara was transported on the landing skids of a helicopter and paraded to Bolivian citizens, who deeply respected him and compared him to Jesus. His mutilated body was eventually thrown in an unnamed ditch, but recovered and received a second burial with military honours in Cuba in 1997.

During his lifetime, Che was a popular figure in India, though he wasn’t the kind of icon that he is today for Communist Party or its students groups. Instead, he was associated with Nehruvian Socialism, because of his closeness to Nehru. The dismissal of Che on CPI’s part seems to be because of his distaste for the Soviet Union after feeling betrayed by them in the Cuban missile crisis.

After the fall of the Soviet Union in 1991, mainstream western media started shifting towards a liberal and left-of-centre ideology. With this, they were able to profit off of the popularity of leftist ideologies and movements without threatening capitalism. One of the figures who gained popularity in Europe and America because of this is Che Guevara. With this, Che became one of the most commercialised figures.

Crucially, it is around the same time that Indian markets opened up and western liberal-capitalist media became popular, and his icon became popular amongst Indian youth. At the same time, with the fall of the Soviet Union and the Communist Party of China’s shift from Mao Tse Tung thought, there was a gaping lack of foreign leadership and desire for “quick revolution,” Thus, it was only in the 90s, with the capitalist adoption of Che, that the parliamentary left and its associated student groups such as SFI or DYFI adopted Che Guevara as their icon. Ambedkarite and Grassroots Left activists have criticised them for adopting his image as a prop, and without engaging with similar politics in India.

However, anti-communist and anti-Che Cuban American rhetoric has gained liberal appeal with the rise of Latinx media, a reaction to the calls for identity based representation, as well as the anti-latinx campaign that Trump had pushed forward. Anti-communist Cuban Americans present themselves as being “of colour” and working class. This is despite the fact that initial immigrants were wealthy white landowners, who feared their property would be redistributed to oppressed peasants and Afro-latinas, and/or supported the repressive Batista regiment. The later exodus was because of the economic scarcity caused because of the embargo the US enforced on Cuba. This reflects in their politics as well; even though media presents Cuban Americans as liberal to make them likeable to “woke” rich audiences, most are Republican in the US.

This also ignores the influence of CIA propaganda in generating immigration to undermine the socialist regime and to present the US as humanitarian; they made false claims that the Castros and Che were living in decadent wealth and murdering thousands. They also circulated rumours that the Cuban Government would kidnap children and indoctrinate them in camps, and then introduced the Pedro Pan program to transport children to the US. Such policies, however, are presented as being “good” by such media, and are never critically analysed for fear mongering or separating families.

Much of the information promoted by search engines such as Google also favour anti-Che rhetoric, and are often directly from the CIA. They downplay the institutionalised violence of Batista and the role of the US in creating oppressive conditions in Latin America. Instead, they present Latin American countries as inherent regressive and favour “the American Dream”. Many articles also write Che off as “homophobic” or “racist” by placing 2020 standards of “wokeness” onto the Cuban revolution, ignoring similar condition of American queer people in prisons, as well as the massive economic and social transformation of afro-Latino and indigenous populations after the revolution.

Because of this, though Che remains an important figure for working class and marginalised groups, we are witnessing a shift in the way upper caste liberals respond to. For this group, “wokeness” is a matter of social status and capital, and defined through an American liberal lens. This dangerous, as it excludes those who don’t have access to American tv shows, music, influencers and politics and reduces progressive politics to being “cool”. This is a minuscule part of the population, of course, but an extremely influential and powerful group, who enforce their ideals of “wokeness” on others.

The politics of many revolutionaries, including Che, is then slowly being reduced to what is fashionable or not. And though he remains plastered on t-shirts, Che Guevara apparently is no longer “in”.

Read More: How Cuba is saving the world during COVID-19 pandemic? 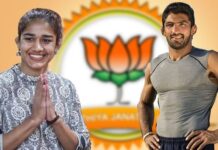