In 2019, large-scale protests in Haiti calling for the resignation of President Moise have grown. As in other parts of the world, the people’s sentiment are on the streets against corruption, rising food and fuel prices, and environmental and economic crisis.

Unfortunately, the protests are also at the crossroads of an international oil lobby. This crisis comes under a unique colonial context and should be seen through the rise and fall of one modern leader, Jean-Bertrand Aristide.

Haiti is the western Hispaniola island in the Caribbean sea. It neighbours the Dominican Republic on the east. Spain conquered the island by cruelly decimating the indigenous population and establishing a slave economy. The western part of the island was conquered by the French Empire and became Haiti. Haiti was a profitable colony, built on the backs of slaves, producing most of the world’s sugar, and led the world in production in coffee and indigo.

Slavery had a high death toll, and there was a high volume of the slave trade. Now nearly 70% of the population are of mainly African descent, compared to the eastern Dominican Republic which is more a mixture of African and European descent.

Haiti saw one of the greatest revolutions in history. While the French, American, and Russian revolution armies may have included 2-5% of the population, the Haitian revolution recruited over 8% of the population. Double that number acted as a reserve force. The death toll was high, but they established the first black republic in the world, being the first country in the world to proclaim equality irrespective of race.

Independent Haiti could never capitalize on its resources. France threatened to continue invading if the people Haiti did not compensate them for their losses in slaves and land. This led to Haiti regularly sending gold to France. The “debt” was not paid in full for nearly 150 years in 1947.

The first century of independence also struggled with a racial hierarchical system left behind by the French, a tense relationship with the Dominican Republic, and various attempts to overthrow the democracy by the Haitian elites. At the same time, there was a strong sentiment in the country to establish a pan-racial democracy and extended solidarity to freed slaves of African descent in the Western Hemisphere.

From the 1850s, the United States began to use its military to control Haiti. After World War II, American role became less direct. Corrupt pro-American leaders would be propped up, initially through the ballot, then later through a military coup. Popular struggles against the military-led to elections being reinstated, but American interference still hung overhead.

In 1990, a progressive Salesian priest, Jean-Bertrand Aristide won the first national election, against the American backed World Bank official Marc Bazin with overwhelming popularity. Aristide tackled the corrupt crony capitalism and reduced drug-trade related violence. His rule only lasted a few months. Aristide was unpopular with Haitian business leaders and was ousted in a military coup. The military ruled until international forces, led by the United States, reinstated elections and Aristide as President. The military was then abolished, though its former members became a source of right-wing militias in the future. America’s role in the restitution of democracy was caused by the organization of the Haitian community in America. Estimates of 2-3 lakh Haitians in America worked to push that government to oppose military rule in Haiti.
Aristide’s rule ended when he broke with his own party, claiming they were becoming distant from the people. He lost the next election to his Vice-President, Rene Préval, but he returned to power with even more popularity in the 2000 elections.

Aristide took bold stands. In 2003, Aristide angered Western powers by demanding that France repay the gold Haiti had earlier paid to them for restitution. Aristide’s final term ended with a coup that had the backing of big business leaders in Haiti. Right-wing militancy began to rise in this period of time when Aristide was forced out of Haiti. A UN peacekeeping force tried to keep control over the escalating violence that erupted in the aftermath of the coup. Aristide insisted that the American government was involved and attacked him through a disinformation campaign and coordination with the former Haitian army. Accusations against Aristide included money laundering, drug trafficking, and other forms of corruption. Aristide blamed America for this, saying that his return to power in the mid-90s was conditioned on a promise to privatize the Haitian economy in return to the protection of the interests of the Haitian people. He effectively promised to arm his enemies, and the American state had betrayed him.

In 2006, elections were reinstated when Préval took power, though this time with less luster. While he won with over 80% of the popular vote in the 1990s, this time he made just less than 50% of the vote. He obtained majority only after the Haitian NOTA votes were removed. Aristide felt that Préval was merely one of the many knives that could be placed in the back of Haiti.

Préval pushed privatization but strengthened economic ties with other Latin American countries, including Venezuela, Cuba, and the Dominican Republic. Aristide’s ousting soured relationships between Préval and Venezuelan President Hugo Chavez, but Chavez felt it was important to work with Haiti.

The Petrocaribe programme was an agreement among various Latin American countries, including Haiti, Cuba, Dominican Republic, and Jamaica. The deal was that Venezuela would export oil to these countries in response to economic and political solidarity with Venezuela. This agreement was unpopular with American oil companies, like Exxon, owing to the centrality of Venezuela.

Préval’s term was rocky, when food and fuel prices rose, leading to massive protests in 2008. His term ended in 2011, one year after the 2010 Haitian Earthquake, which destroyed the economy and killed lakhs. Préval’s infrastructure was accused of being class-biased, only protecting rich localities from natural disasters like hurricanes and earthquakes. Following his resignation, Préval left politics forever. After Préval the following leaders were anti-Aristide businessmen, Micheal Martelly and Jovenel Moise. Martelly reinstated the Haitian military.

In 2017, a Senate probe brought out a report showing mismanagement of funds under the Martelly and Préval presidencies under the Petrocaribe programme.

Protests exploded across Haiti as food and diesel prices rose. Protesters demanded a probe into the current government. The opposition, led by unrelated Jean-Charles Moise, called for a general strike and demand for the President Jovenel Moise to step down.

Protests escalated in February 2019, following a court inquiry that linked President Moise to corruption. Protests involved vandalism of luxury cars and attacking of stores. Opposition leader Moise had written to the UN asking for an impartial inquiry. The international response has been to decry the violence of the protesters, insisting that there be a dialogue by the contending parties, but is silent on the role of foreign countries.

Haiti is one of the poorest countries in the Western Hemisphere and is a very open story of colonization and corruption at work. The open antagonism of the military to a people’s democracy and the role of the international community in maintaining a proxy-colonial relationship should be a lesson to the world. Jean-Bertrand Aristide’s rise and fall is an instructive story in modern-day colonialism. 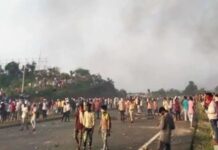 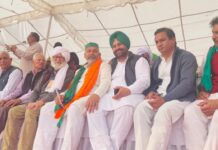