Punjab, the name is made of two Persian words- Panj( five) and ab ( water). The word Punjab means the land of five rivers namely Chenab, Jhelum, Ravi, Beas, and Sutlej. The land that has its share of history from the time of Indus valley civilisation, the numerous foreign invasions to the scars of Partition. The present farmers’ movement will be another glorious chapter in the history books of the world. 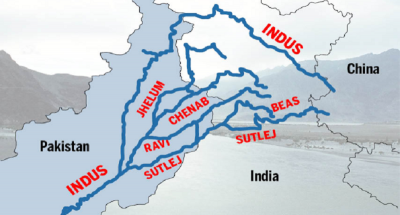 Gauri Lankesh news team has been reporting for almost a month from the Delhi borders. We got to see and meet the farmers who are protesting at the borders up close and listen to the stories of old men, women, and youth. They come from different districts, have different lives, ambitions but there is one thing that binds them- their determination to repeal the farm laws. These people are not just fighting the central government against the farm laws but also the daily propaganda and allegations of “ being misled by political parties” to labels like Khalistani, terrorists,anti-nationals but they have stood firm on their demands.

Listening to their stories brought a desire to see the land where these stories are coming from. After spending a week in Delhi at various borders the land of milk and honey looked especially inviting. So we embarked on a short trip to Punjab that took us from cities like Barnala, Jagraon, Rampur Phul to Ludhiana.

During our trip, we had a chance to see Punjab beyond the stereotypes. To say that the whole state is against the farm laws will not be an exaggeration. We passed through cities, towns, and villages. The sentiment was the same. From shop owners to vegetable vendors to common folk understand that the idea of Punjab is at stake. The state which is the wheat bowl of the country and that has made the people of the land prosperous will not only lose its crop but also the fertile land.

Farmer union flags on cars, tractors, gurudwaras, and homes are a common sight. Stickers of ‘I love Kheti’ and ‘I love Kisan’ can be seen in many places. In cities, it’s quite common for people to gather at the fountains or a famous statue with placards supporting farmers’ struggle. Along with that a call to press the vehicle horns for a minute if you support farmers and needless to say there were blaring horns on busy streets for one minute.

Discipline and fraternity at the Protest sites

How many times have we heard that protests are a waste of time and nothing gets accomplished? I have lost count!

During the time of CAA protests also there were many who filed petitions in the supreme court calling the protests as causing “inconvenience”. These farmers’ movements should be a lesson to them. First of all, people don’t protest to cause inconvenience to others. They protest because their lives, livelihood, and dignity are at stake. But protests in Punjab are even taking care as to not cause any inconvenience to others. The protests in Punjab happen between 12 PM-3 PM every day and they keep the part of roads and highways free for vehicles to pass by.

We witnessed several such sit-ins during our journey. The farmers from neighbouring villages finish their work in fields and at households by 11.30 and come to these meetings. There is always food, lassi, and tea langar at these sites. These meetings, sit-ins would end with people sharing a meal together before they leave for their homes. The families in the villages take turns to take care of the field and cattle if the next-door neighbour is going for protest and likewise. Normally in villages, things are quite community-centric, but this movement has further intensified those bonds.

During the visit, we covered several protest sites in cities and villages, Sabhas, dharnas, reliance malls, and toll plazas that were shut down in September. The farmers have gheraoed the homes and offices of many BJP leaders. They have managed to shut down Reliance malls and petrol pumps and there are daily sit-ins at these sites.  On special occasions like when there is a nationwide call or anniversary of a local leader or revolutionary, the numbers increase manifold.

Normally when there is a movement, there are differences, some who agree and some who don’t. But in Punjab, wherever we went, despite their many differences of class, caste, gender, and religion, people are in unison when it comes to farm laws.

The lush greens of Punjab are not an exaggeration. It is a standing testament to the farmers who are protesting at Delhi borders. It stands for what they are fighting for. Their demands are not unjust, they are not stubborn. Their fears are not irrational. The farmers from large to small and marginal landholdings will be left with peanuts if these laws come into being, and this Punjab has understood. It’s only a matter of time before the rest of the country also understands it.

Also Read: ‘The Seeds for Annihilation of Caste lies in Agrarian Reforms’ – Ambedkar on Agriculture

Farmers Movement is Not Only About the Three Laws: Yogendra Yadav