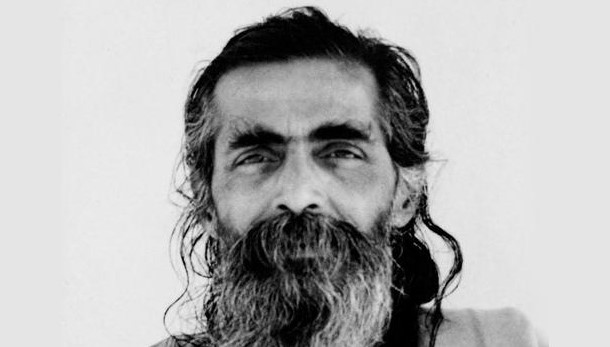 We or Our Nationhood Defined (1939) is one of two books written by M. S. Golwalkar, who was the second Sarsanghchalak of the RSS from 1940 to 1973. It is an important work that helps us understand the foundational beliefs of the Hindu nationalist right in India. This book was published first in March 1939.

The context in which it was published is also noteworthy. By 1939, the right-wing regimes of Hitler and Mussolini had risen to power in Europe. In British India, the nationalist or anti-imperial movement led by the Indian National Congress was gaining strength in the 1930s.

However, Golwalkar, in this book attempts to redefine what ‘nationalism’ means and reorient the anti-imperialist movement in a more Hindu Nationalist direction. In the Preface itself, he makes clear the distinction he draws between ‘nation’ as a cultural unit and ‘state’ as a political unit. Golwalkar here is concerned more with notions of the former than the latter.

Golwalkar begins by questioning what it means to be ‘nationalist’ and is dissatisfied with the ‘nationalist’ goals of ‘swaraj’ and ‘independence’ from the British colonial state; ‘What we want is Swaraj, and we must be definite what this “swa” means. “Our kingdom” – who are we? It is this question, most pertinent at this stage, that we shall attempt to answer’.

In the first chapter itself, he establishes who the ‘We’ in his title are: Hindus, who he claims, ‘are indigenous children of the soil, from times immemorial and are natural masters of the country’. Golwalkar discusses the Aryan invasion theory but rejects it as simply a ploy by the Europeans to buttress their claim over India. Rather than giving evidence or justifications for the idea of a ‘Hindu Nation’, he presumes it to be an obvious, undeniably existing entity and starts by tracing the highs and lows of this eternal ‘Hindu Nation’. Everything in history is analysed as being a part of a singular, long narrative of the ‘Hindu Nation’ versus external enemies; from the Mahabharata onwards, to Asoka’s reign, then Shivaji’s battles with the Mughals, to even the 1857 rebellion against the British.

But Golwalkar laments what he sees as attempts ‘to extinguish the correct Hindu National consciousness’. “Wrong notions of democracy strengthened the view and we began to class ourselves with our old invaders and foes under the outlandish name – Indian”, writes Golwalkar. According to him, the Indian nationalist movement misidentified the friend and foe by positioning the ‘Indians’ against the ‘British’; ‘as a matter of fact we have in Hindusthan a triangular fight, we, Hindus, at war at once with the Moslems on the one hand and Britain on the other’. He warns against losing ‘our true Hindu Nationhood’ in our misdirected efforts to establish ‘a “really” democratic “State” in the country’.

A significant portion of the book is devoted to exploring how various Western political scientists define ‘nation’ or ‘nationality’. After discussing various definitions, Golwalkar concludes that a ‘Nation is a compound of five distinct factors fused into one indissoluble whole… Geographical (country), Racial (Race), Religious (Religion), Cultural (Culture) and Linguistic (language)’. He believes that religion (in Hindusthan, not in general) is the most important element of nationality, and that ‘with us, every action in life, individual, social or political, is a command of Religion’. Culture and politics are not separate or distinguishable from religion, but are only parts of within it. By defining culture in this way, he automatically excludes anything which is not ‘Hindu’ from being a part of the national culture. This understanding is reflected in RSS/BJP’s actions even today when, for example, they demand the renaming of roads and cities whose names contain a non-Hindu influence.

It is interesting that Golwalkar refers to Western political theory in much more detail, than ancient Hindu philosophy, to legitimise his claims about ‘nationality’. By giving examples of the Hebrew Nation in Palestine, England, Germany, he attempts to prove that ‘for the Nation idea to manifest itself and live, it must be comprised of the five constituent “Unities,” Geographical, Racial, Religious, Cultural and Linguistic, and of all these five, without exception’. More alarming is his approving reference to the rousing of ‘Race consciousness’ in modern Italy and Germany; ‘To keep up the purity of the Race and its culture, Germany shocked the world by her purging the country of the Semitic Races—the Jews…Germany has also shown how well-nigh impossible it is for Races and cultures, having differences going to the root, to be assimilated into one united whole, a good lesson for us in Hindusthan to learn and profit by’.

He recognizes that language is the weakest point on which this idea of a ‘Hindu nation’ is vulnerable to attack: ‘in this country every province has its own language. It appears as if the Linguistic unity is wanting…But in fact that is not so. There is but one language, Sanskrit, of which these many ‘languages’ are mere offshoots’. If one is willing to accept that languages as different as Punjabi and Tamil are actually only ‘one’, then such a broad conception of linguistic unity would surely be able include the whole world by tracing the commonalities between Sanskrit, Latin and all other languages.

Apart from that, the lack of historicity to show the existence of one, common Hindu culture or religion all across the sub-continent is also, unsurprisingly, ignored. However, he still maintains that ‘even in the remotest past, full understanding of Nationality were constantly alive in the ancient Hindus and is not an imported sentiment of present-day origin’.

Golwalkar’s understanding is dogmatic and this understanding leads to prescriptions which are dangerously intolerant and exclusionary. He states plainly that ‘all those, who fall outside the five-fold limits of that idea, can have no place in the national life, unless they abandon their differences, adopt the religion, culture and language of the Nation and completely merge themselves in the National Race’. In his view, minorities have to assimilate themselves into the National Race ‘by losing all consciousness of their separate existence, forgetting their foreign origin. If they do not do so, they live merely as outsiders’, they ‘may stay in the country, wholly subordinated to the Hindu Nation, claiming nothing, deserving no privileges, far less any preferential treatment – not even citizen’s rights’. Today, these words are not just extremist rhetoric but are much closer to being true, with the BJP’s plans for the extension of the National Register of Citizens and the Citizenship Amendment bill. This goes to show that the RSS/BJP have not abandoned the views expressed in this book, as they have on occasion claimed.

Golwalkar, in the book, emphasises the need for an awakening of the ‘Hindu National consciousness’, which according to him had been forgotten. He laments that ‘our understanding of nationality [is] different today’ and states that ‘the present day ignorance of true Nationality…the same lack of the National sentiment of the right sort, is the root of our troubles’. Golwalkar concludes his book by calling on us to ‘rouse ourselves to our true nationality’. Now, 80 years later, we know that the call has been heard.

This book is an important contribution to Hindu nationalism or the Hindu right-wing, not only because Golwalkar was one of its main ideologues, but also because it attempts to legitimise the ideology of Hindu nationhood by appealing to Western political theory as well as ancient Hindu philosophy. The widespread acceptability of the five-fold concept of nationality could perhaps help in disguising this dangerous ideology as something harmless. Apart from that, it helps us understand certain actions and alliances of the Hindu right-wing; such as the non-participation of the RSS in the independence movement, or the friendly relations between Israeli government and the Indian right-wing government, for example. Furthermore, reading this book would help us interpret the contemporary words and actions of the Hindu right-wing better, since this work showcases their views on citizenship, minority rights, and nationhood – all of which are highly contested issues today.