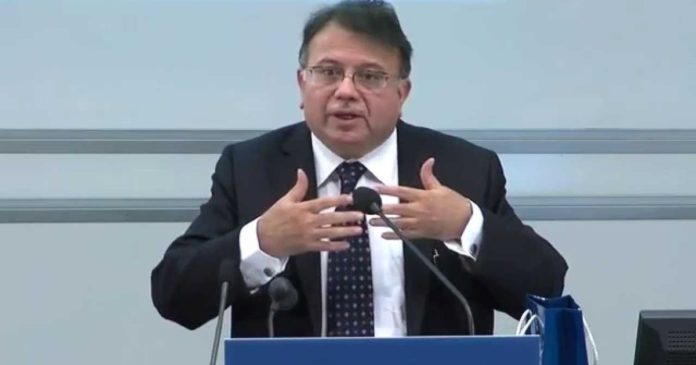 From Kashmir to Sabarimala, the Ayodhya dispute to the Citizenship Act, how has the Supreme Court fared in recent times in upholding the constitutional rights of the people of India? Not very well, said former Chief Justice of the Delhi High Court, Ajit Prakash Shah.

Many of SC’s decisions have been questioned, The former president of Law commission Justice A P Shah has raised questions on many of the controversial judgments passed by Supreme Court.

Delivering the LC Jain Memorial Lecture instituted in the memory of the Gandhian activist Laxmi Chand Jain on February 10 in Delhi, Justice Shah said: “There are instances where freedoms that we have taken for granted are on unsteady ground, and where we are being made to doubt whether the Supreme Court is actually able to protect our rights at all or not. It is disturbing and unfortunate that we should still be asking questions of this kind, but some recent judgements and orders prompt such reflection.”

Even in a hearing in the Supreme Court, former Chief Justice Gogoi asked the authorities how many people are there in a particular detention centre. They said 900. Chief Justice got furious – he said why just 900, they should be thousands in the detention centre. This, coming from the Supreme Court of India, a rights court, do you still believe that it is a rights court?

He accused that the Supreme court cannot show the guts to separate itself from the ruling government ideology. He also said, SC judgments also clearly show that the court has been under the influence of majoritarian public sentiments.

“Several orders of the Supreme Court, including some orders in the Kashmir matter, suggest that the role of the Supreme Court as a counter-majoritarian institution, that is, as one that seeks to keep majoritarian impulses in check, is diminishing. On the other hand, as suggested by constitutional scholar Gautam Bhatia, the Court seems to be slowly taking on attributes of the executive itself. It seems to be drifting from a rights’ court to an executive court, as Bhatia points out, behaving in a way that is indistinguishable from the government, often issuing important policy decisions through its judgements, prioritising cases in specific – and sometimes worrisome – ways, and undertaking actions that would ordinarily be considered the domain of the government.

Justice Shah said the Supreme court has not complied with these matters according to law and justice.

“Distinguishing feature of court is transparency, for only then, can the institution assure the people that it is giving everyone a fair and equal chance to be heard.

It has happened in the NRC case, the Rafale case, the CBI chief’s case, and the electoral bonds case, to name but a few.

By shoving documents and facts that otherwise ought to be made public into sealed envelopes, the Court is signalling that it prefers the work ethic of the executive, believing truly that such secrecy is essential to deliver justice.

He also questions the manner in which the court is prioritising the cases.

Inaction also sends out powerful signals, as we can see in this case. This inaction also spoke louder than words when the Court found it had no time to deal with the many civil rights-related cases that were lying before it. In the case of the CAA, too, the Chief Justice of India first says petitions will be heard only after people stop violence, as though good behaviour were a condition precedent for seeking protection of rights.

Scores of petitions were filed in the month of December 2019. The whole country was polarised, and there was even violence perpetrated against peaceful protesters by state authorities themselves. In this scenario, the Supreme Court proceeds to push the matter by four weeks, instead of commencing hearings immediately. This is deeply disappointing, to say the least.

He also expressed his dissatisfaction at the way Supreme court has conducted NRC exercise and especially the role of former CJI Ranjan Gogoi.

The Supreme Court decided to ask the persons claiming citizenship of India to prove their status, shifting the burden of proof away from requiring the state to show that the person was a foreigner. As it turns out, this migration theory has been proven to be completely incorrect. Out of the 1.9 million identified as foreigners, a majority are Hindus.

These people are mostly poor and illiterate who are being made to prove that they are Indian citizens, based on documents such as of birth, schooling, and land-ownership. These documents are not easy to find or put together. Even if they are put together, they are rejected for issues with the English-language spelling of Bengali names, or in ages and dates of birth. And the person is declared a foreigner.

Even in a hearing in the Supreme Court, former Chief Justice Gogoi asked the authorities how many people are there in a particular detention centre. They said 900. Chief Justice got furious – he said why just 900, they should be thousands in the detention centre. This, coming from the Supreme Court of India, a rights court, do you still believe that it is a rights court?

He strongly objected to the court´s judgement on the Ayodha ram temple. He said- This whole judgement is questionable. Despite acknowledging the illegality committed by the Hindus, first in 1949, by clandestinely keeping Ram Lalla idols in the mosque, and second, by wantonly demolishing the mosque in 1992, the court effectively rewarded the wrongdoer. 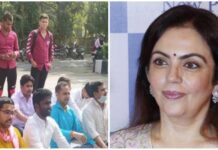