Forced Resignations, Stealthy Closures: A study of losses faced by garment workers in Bengaluru during the pandemic is a report that examines the extra-legal ways in which garment factories pressurised workers into resigning. Following is an excerpt from this report which is complied by Garment and Textile Workers’ Union and Alternative Law Forum.

A predominant unfair labour practice in the garment industry is that of forced resignations. Workers are forced to resign so that factory managements can reduce workforce or even close down, without having to take on the financial burden of compensation. In our survey, 81 percent of workers we spoke to said they had resigned. The rest were protesting the closure (for eg. Supreme Overseas) or were yet to resign (Nisha Designs, Magnum, Arvind Limited, K. Mohan and company, AKR Exports).

Of those who had resigned, 85 percent said they had been asked to resign by factory managements. When we asked workers why they resigned, many told us that they did so because they wanted to get their provident fund and other dues. However, this is only a partial answer and masks the forced nature of workers’ resignation. Workers did resign because they wanted their dues. But they did so out of fear that not resigning will result in the loss of these dues. Fifteen percent of workers who resigned said they did so ‘voluntarily’. Women said they resigned because they wanted to withdraw accumulated PF and/or gratuity to pay for children’s school fees or weddings or to pay off debts built up during the lockdown, or because they did not have child-care since schools and anganwadis were not functioning. One worker cited torture faced in the factory as reason for her resignation, another said that she was afraid she may lose out on her dues if the factory closed suddenly and some cited ill-health as reason to resign.

The context of the lockdown when workers did not have any income since at least April 2020 was an important factor in their decision to resign. As mentioned earlier, the threat issued by factory managements that dues would be lost if workers did not resign immediately was one aspect as to why workers resigned. The other aspect was the promise managements made to workers that dues would be settled immediately. Workers ‘chose’ this option not only because it would mean receiving some income immediately but because they had little to no money during the months of the lockdown.

Many workers reported that when their factory announced that it was closing, they were presented with two options: resigning and getting their dues; or to not resign and delay/lose out on their dues. This fear pushed a majority to resign without protest. Moreover, the decision to resign had to be taken immediately or at very short notice, giving workers very little scope to discuss amongst themselves and with family members, find other employment and explore options to contest the demand for resignation. This is clear evidence of a situation constructed by factory managements in which a worker has no choice but to resign.

In our survey, some of the common constructed coercive situations that forced workers to resign included:

Immense pressure to resign immediately, different strategies adopted by managements to force workers to resigning, financial desperation induced by a sudden lockdown, the absence of systemic child-care support for women and torture are external conditions imposed by the state and industry. None of these reasons can be considered as a voluntary exercise of will, a necessary component of voluntary resignations.

Also read: Khattar Government Must Withdraw its Law to Recover Property Damages by the Agitators: SKM

Forced resignations and sudden closures has been the norm in the garment industry for the last 40 years. The history of garment industry in Karnataka is replete with closures that leave workers without compensation and violate several provisions in labour and industrial laws. Below are some examples that GATWU has encountered during its work in the last 20 years.

This factory was run by an American citizen of Bangladeshi origins. By all accounts, the company was running profitably. But on one day in 2006, the company locked up its premises. The management handed over the keys to Canara Bank and left without a trace. Only when workers reported to work on a Monday did they get to know that the factory had shut down. They were deprived of all legal dues and were left with no one to claim these dues from.

With units in Bidadi, Mysore Road and Bommanahalli, Cuthbert Apparels was well-known for producing baby wear for reputed brands. It employed about 1800 workers. It was owned by a London-based individual Anupam Kothari. On May 9, 2009, when workers came to work, they found the factory premises locked. In this case too, the management had closed up the factory and handed over the keys to State Bank of Mysore and left without a trace. Workers, some with experience of 8 to 9 years, lost out on their legal dues.

Shahi Exports Private Limited is an important garment manufacturer in Karnataka and runs a large number of units in the state and outside. Unit 29 of this company had employed about 1600 workers and was producing for several well-known international brands. Workers came from not only areas nearby the factory but from as far as 80 km away. The company provided transport for such workers.

The management decided to shut down the factory because they believed it was not making enough profits. Rumours started circulating through supervisors that the factory was going to close down. Hearing this, over a period of three months, nearly 800 workers resigned. When the remaining workers realised that the company was planning to shut down and was moving the production machinery, they began protesting day and night. Garment and Textile Workers Union and Alternative Law Forum 24 In order to end the protests, the company announced that workers are being transferred to its Bommanahalli unit, 15 km away. They did this knowing that workers will not take the transfer and will resign. It is important to mention here that workers cannot challenge their transfer to another unit unless it can be proven that such transfer is a form of punishment. As expected, no worker accepted the transfer and resigned. The company was able to successfully close down without paying any compensation to its workers.

This company was functioning from Yeshwanthpur in Bengaluru. It had employed about 1200 workers. It withdrew transport that it had provided to its workers, making it impossible for them to travel to the factory. Workers had no option but to resign.

Gokaldas is one of Bengaluru’s oldest and well-known garment export companies. Its ownership has, over the years, changed hands a few times as well. Throughout its years of functioning, this company has closed several of its units without providing its workers any compensation. For instance, the company-owned Triangle Apparels in Yeshwanthpur used to provide its workers transportation to travel from as far as Nelamangala. However, when the company decided to suddenly stop its transportation services, scores of workers lost their jobs.

This company had been operational since the 1970s and had a unit each in Dairy Circle and Bommanahalli. It began to suffer losses due to mismanagement by the company administration. In 2004, it suddenly closed both its units. Not only did workers receive no compensation, they did not get their provident fund dues either because the management had not made any contribution to the social security fund.

Workers at Unit 5 of the Bombay Rayon Fashions Limited, located on Mysore Road-Nice Road, were a unionised workforce. In 2013, the company closed down the factory by claiming that the factory building was going to be demolished. This was part of a planned effort to target the workforce because they were unionised. About 1200 workers lost their jobs. From 2016 on wards, due to mismanagement of the company’s affairs by the administration, the company started to suffer losses and was unable to pay its workers their monthly wages or deposit their PF dues. The company has now closed down several of its units now.

Datta Iswalkar, the mill worker who struggled to give housing to 15000 workers no more 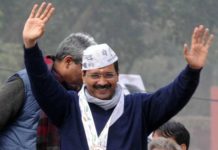