The nation of Ecuador has been a battleground between international capital and popular struggle. It has always been an important site of struggle. Over the past thirty years, the battle between the elites and the people has intensified with multiple military coups and the rise of “populist” leaders pushing the country in multiple directions. Public debt is an important part of this struggle. The decentralized nature of governance is another.

History and Demography of Ecuador

Ethnically, most people in Ecuador are descendants of either Indigenous and European people. Mestizos, or people of both Indigenous and European ancestry, are nearly three-fourths of the population. 7% are people of exclusively Indigenous ancestry and another 7% are exclusively of European ancestry. Most of the rest are Afro-Ecuadorans, being of exclusive or African ancestry. In terms of identification, about a quarter of Ecuador identifies as indigenous, making it the sixth-largest population in the western hemisphere. Geographically, Ecuador is very diverse and sits between the mountains, desert, heavy forested areas, and coast. Historically, the state has been fragmented into distinct regional characters, but with special relationships with nature being a common theme.

Ecuador became independent from Spain in 1822 and became an independent republic in 1830. In the 1940s, Ecuador had its Glorious May Revolution, following which, there was a rise in electoral populism in Ecuador. Socialist leaders became common until 1963, when the army overthrew the president for having strong sympathies with communism. This coup may have been part of American interference in the region to prevent the spread of communism in the region. After the coup, elections were suspended until 1979.

In the elections that followed, there was a struggle between pro-globalization forces associated with the army and pro-people leaders. With strong regional leadership, any anti-people structural adjustments that required strong central leadership failed, and there were a series of missteps between policies coming from the top and that enacted below. The results were a series of crises from conflicts between the two sides, including runaway inflation, replacing the Ecuadoran currency Sucres with the American Dollar as currency, and dissolution of a number of governments. Military coups and popular protests would ebb and wane.

The high indigenous population meant that popular struggles had a strong focus on the rights of indigenous people, preservation of the environment, and reducing inequality in the country. In 2002, a former member of the army, with help from the military, Col. Guiérrez assumed power in the center. However, his ability to institute Neo-liberal reforms was limited, and he was still restricted by his party’s poor support in parliament. In 2004, Guiérrez dissolved the Supreme Court. Mismanagement and corruption charges against Guiérrez led to a fall of support from the middle classes. He was overthrown by popular protests, and in 2005, his vice-president promised to hold elections in 2006.

In 2007, Rafael Correa became the President of Ecuador. He won on the promise that he would draft a new constitution for the country which would speak to the desires of the Ecuadorian people.In defiance to Neo-liberalism, Correa insisted that Ecuador’s debts were illegitimate and the country defaulted on $4 billion of debt, rejecting the usurious conditions of that debt.

With a poor economy worldwide, Rafael Correa established a series of left-wing measures. Ecuador, with Bolivia and Venezuela, were seen as part of a new socialist model growing in Latin America. Internationally, they supported Iran, Bolivia, Cuba, Venezuela and Syria, though the United States still remained their largest trading partner. Correa brought spending on education and welfare programs from 2.6% of the GDP to 5.2%. To finance the measures, Ecuador took loans from China. These welfare measures increased Correa’s popularity as a leader. He continued to serve as a leader from 2007 to 2014 when he declared that he would step down after implementing socialist measures in line with Venezuela. These measures led to a massive reduction in poverty and inequality, Poverty went from 60% in 2000 to 21% in 2017.

With rising oil prices, relations with China began to decline. China, which had provided loans in installments of USD 1-2 billion and totally held nearly a fifth of Ecuador’s economy in debt. They agreed to be paid back in oil. In years, as oil prices rose, the Ecuadoran state began to feel trapped in this arrangement. Correa began to look for other ways to finance the country.

Welfare and protection of the environment were cornerstones of Correa’s presidency. He became famous worldwide for drafting the first constitution in the world that recognized the environment as having rights. This is deeply embedded in the demands of the people of Ecuador.

Chinese demand for oil and other natural resources from the country had begun to run counter to that. Correa had frequently exclaimed that they were alone in the world in the struggle to protect the Earth, being betrayed and attacked on all sides.

In 2015, there were a series of protests against Correa, which coincided with similar protests in Brazil and Venezuela, Latin American states with pro-labour parties in powers. Issues raised included allegations of corruption and a declining economy. Correa was succeeded by his Vice President, Lenin Moreno. Though claiming to be a socialist, Moreno represented a movement away from the socialism of Correa. While in power, Moreno implemented term limits on the Presidency, preventing Correa from being able to contest as president in the future, and in 2018, Correa was arrested for dozens of corruption charges while in office.

As the Ecuadoran economy continued to decline, Moreno began to decrease public spending, which led to a drop in his popularity. Ecuador began borrowing from the IMF. With the loans shifting to the IMF, Moreno began implementing austerity measures leading to a rise in the cost of energy and food, and a reduction in welfare programs. These policies resulted in the protests we see today. 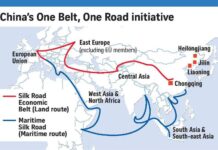 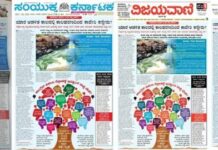 After Modi’s U-turn on 3 farm laws, farmers of Karnataka want...