These protests were part of a nationwide series of protests and strikes by workers, farmers, Dalit, and Adivasi groups which raised issues including but not limited to the privatisation policies of the government, anti-farmer ordinances, dilution of worker’s rights during the pandemic, auctioning off of natural resources, displacement of Adivasi communities, and so on.

According to the Delhi police, the protests in Delhi were a violation of the unlock guidelines.

A tweet on August 11 on the official handle of the DCP New Delhi declared that protests at Jantar Mantar are strictly banned as they can worsen the Covid-19 situation. However, they have not specified that the FIR is for the same reason.

FIR registered against unauthorised protesters of Asha Workers and Central Trade Unions who gathered at Jantar Mantar in violation of Unlock guidelines. Protests are strictly banned at Jantar Mantar. Such gatherings can worsen the COVID-19 situation @CPDelhi @LtGovDelhi @PMOIndia

According to the leaders of trade Unions, this was a very historical protest because nobody was allowed to protest against the dictatorial policies of Prime Minister Modi last four months.

The protests took place on an important day- the anniversary of the Quit India movement. On this day, protests across the country gave the cry of ‘Save India’, and started a ‘Jail Bharo’ Andolan. People’s groups across the country have given calls for protests throughout the month of August and workers from nearly every sector will be protesting against the government’s anti-people policies. The last few months of the pandemic have been taken as an opportunity by the government to pass as many anti-people laws as possible due to the strict regulation of movement of the people and hence the difficulty of protesting.

It is noteworthy that Central trade Unions, MASA( Mazdoor Adhikar Sangharsh Abhiyan) and Farmer organisations have given a call for a nationwide protest on 9th August.

AITUC Secretary Amarjeet Kaur while speaking to the Workers Unity portal said: Despite the illogical lockdown restrictions of the Modi government, farmer and workers organisations have come on streets for the protest.

Social Activist Santosh Kumar said that in the last four months, there has been an inertia that is broken by the workers’ organisations and the government does not like it.

According to analysts, on one hand, Modi govt is doing away with labour laws and handing our PSUs to private hands and failing in tacking the COVID19 pandemic, and on the other hand, is organising grand ceremonies for bhoomi poojan for Ram Temple in Ayodhya to distract public´s attention from these issues.

Further, the Delhi police’s track record in anti-people acts, in harassing and arresting students, protestors, academics, and intellectuals while showing complete inaction in investigating BJP leaders known to have incited the anti-muslim pogroms in Delhi, must be kept in mind to understand the true intentions behind this FIR.

The report was first published in workersunity.com. It is translated in English by Damayanti Saha. 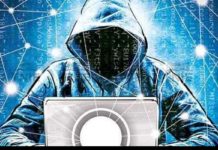