Yesterday Delhi saw massive protest march at the site of the temple demolished by the Delhi Development Authority (DDA) in Tughlakabad area of south Delhi. The Saint Ravidass temple was demolished on August 10 on the orders of the Supreme Court. There were widespread protests and bandh in Punjab on August 13th due to the temple demolition.

Protesters claimed that the land where the temple exists has been given to the followers by Sikandar Lodhi of the Lodhi Dynasty in the 1500s and is not government property.

The protests were led by young and charismatic leader Chandrashekhar Azad  ́Ravan ́, one of the founders of Bhim Army. Bhim Army is working for Dalit emancipation through education.

Yesterday with the call of “mandir Yehi banayenge” and Jai Bheem, the protestors turned the roads of central Delhi into blue with thousands of supporters of Bhim army and Ravidas followers continued to march towards the demolition site. They demanded that the government hand over the plot of land to the community and rebuild the temple.

However, police opened fire at the protestors, shelled tear gas and resorted to brutal lathi-charge injuring protestors. Due to a rumor that one of the protestors has died, the protest turned violent and there were some instances of vandalism. According to some reports, the area is cordoned off and markets closed. Police have arrested around 50 members along with Chandrashekhar Azad.

DDA wanted the temple demolished in 1992, with the claims that the temple is neither historic nor of archaeological significance and falls under the green zone, which does not allow construction in the region. The Ravidas Jayanti samaroh samiti went to court to overturn the order but it lost. Now in August, DDA won the case in the supreme court and went ahead with the demolition. However, they did not realise the political implications of their actions.

What the Followers of Ravidas are angry?

The followers of the faith say – “Would the authorities acted with the same speed and impunity if it was a mainstream Hindu temple or a mosque? Because it is a temple where only Dalits come to worship, authorities didn’t care for our sentiments.”

Many supporters draw parallels with Ram temple and many other Hindu temples that have come upon government land and street corners, on which the government has not taken any action.

They argue-  How is our demand different from that for the construction of a Ram temple in Ayodhya? If that is so important for a particular community, this is important for us.”

“thousands of religious structures have come up on government and forest land. “Why only a temple of Sant Ravidas was razed? The government should answer”.

“They are asking us to construct the temple at an alternative place. Why don’t they shift the Ram Mandir to some other place? Everything happened in the blink of an eye. We didn’t even get to know of the SC order. Are we not citizens of India?”

Sant Ravidas was a poet-saint, social reformer and a spiritual figure of the Bhakti movement during the 15th-16th century CE. He is considered Guru in Punjab, Haryana, Uttar Pradesh, Maharashtra, and Rajasthan. Ravidas was born in Varanasi and his original occupation was leatherwork. He spent most of his life in the company of Sufi saints, sadhus, and ascetics. Ravidas taught the removal of social divisions of caste and gender and promoted unity in the pursuit of personal spiritual freedoms. He traveled extensively, visiting Hindu pilgrimage sites in Andhra Pradesh, Maharashtra, Gujarat, Rajasthan and those in the Himalayas. He is revered in the Sikh scripture, and 41 of Ravidas’ poems are included in the Adi Granth. These poems are one of the oldest attested sources of his ideas and literary works. Ravidas’ devotional songs were included in the Sikh scriptures, Guru Granth Sahib. He is also considered guru of Meera, another Bhakti movement poet.

He spoke about the secular ideology and worship of formless God. His egalitarian ideas found resonance among the poor and oppressed who were denied temple entry and till today most of his followers are from the marginalised community. 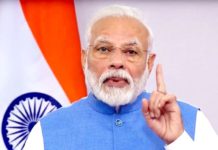