With COVID lockdowns officially entering their third month, many people have been struggling to make ends meet. Many people have been finding it exceedingly difficult to pay their bills and rents with the current economical state of the world. In countries like the USA, UK, and Australia renters have gone on strike and demanded that governments rule against paying rents until the pandemic is over.

With more than 30 million Americans filing for unemployment benefits, tenant groups across America have called for a strike to protest against paying rent until the economy recovers. At an apartment building in New York, tenants came to their windows and banged pots and pans. This display wasn’t for essential workers but a strike declaration. Several dozen tenants announced they would not be paying rent this month.

Activists in New York, Pennsylvania, and California are urging tenants to not pay rent even if they can, to shed light on the plight of those who can’t. The demands of the strike are

The strike is the largest coordinated tenants’ action in more than a century. Over 190,288+ people have signed a pledge to not pay rent and 31% did not pay rent in April. 19 states have suspended evictions to protect tenants from being ousted by landlords. According to activists, this is not enough. They argue that tenants will not be able to pay rent during this period. “We need a suspension of rent and automatic forgiveness of any rent, mortgage or utility payment owed or accumulated during the length of this crisis,” said Housing Justice for All, which campaigns to increase tenants’ rights and to end homelessness in New York. “People aren’t striking because they don’t feel like paying rent, they’re striking because they can’t,” Ocasio-Cortez, New York Congresswoman, who is supporting the strike, said.

1151-1155 Dean Street Banner Drop! No work? NO RENT! #CancelRent *Huge thanks to @CrownHeightsAid for making a bunch of amazing banners for today! pic.twitter.com/U11ufgFKw5

Today! Numerous cities in the USA start April 1 National Rent Strike. Symbol of support for the rent strike is hanging a white sheet out the window. It appears to be spontaneous across the USA with no central organization.

Unlike the rent strikes in the other two countries, the Uk rent strike has students spearheading the protests. Hundreds of University students have signed pledges to stop paying rents on their accommodations. Many of them have said they are locked on campuses where many facilities have stopped or they have lost their jobs/funding and can’t afford the rentals of their accommodations.

While many universities have waived rent for the final term or the whole year, private providers have refused to release students from their contracts. According to the Office for Students, only 19 percent of students live in university-managed accommodation, with the vast majority renting from private providers.

The government in the UK has also announced a 3-month eviction suspension for tenants who are suffering from the economic effects of the pandemic. The New Economics Foundation, a think tank, has recommended that to help 1.2 million renters who are at risk of not being able to pay their rent and lose their jobs, private rents should be suspended. They recommend a three-month suspension to protect those facing severe financial hardship.

Many Tenants in our solidarity group are still reporting intimidation and harassment from Landlords in the pandewmic.

The illusion of 'we are all in this together' is a lie, don't pay your rent this month.

Over 17,000 Australians, mainly from Melbourne, Sydney, and Queensland have signed a pledge to stop paying rent to their landlords starting April 2020. They have demanded that there be a total freeze on rent payments and that nobody is evicted, fined, or put into debt until the pandemic is over.

The Australian government has put a ban on landlords from evicting renters from their residents for a six month period to help Australians who are struggling due to the crisis. The National cabinet has also suggested that landlords and tenants negotiate with each other to come to a common consensus.

The government has signed rent waivers for commercial tenants but no such rule has been made for residential tenants. Rent and Mortgage Strike Australia issued a letter to the prime minister and state. The letter read, “We fear that vulnerable people will be forced onto the streets. We fear that people will accrue exorbitant debts and fines. We fear that workers will expose their communities to risk by showing up to unsafe workplaces solely out of fear of missing out on payments.”

The need for rent strikes

Rent strikes are not happening only in these countries but are also in countries like Canada. Most countries have similar reasons for the protests, the pandemic has left lakhs of people unable to afford rents. The rental crisis is not an isolated event affecting a few hundred people, but a debilitating crisis that could lead to thousands being rendered shelter-less. Students, are now being hit by the crisis as their funding and jobs are in danger and they have nowhere else to go. The worst affected by this crisis in these countries will be the black communities and people of colour. The rental crisis is not an economic problem alone, it is an issue entrenched in racism. As disadvantaged communities suffer, governments are invested in bailing out corporates. White upper-class communities would never have to face a rental crisis and this is reserved for the poor, especially black people and POCs. The refusal to suspend rents, focus on tenants negotiating with landlords, and not bailing out tenants or landlords is not an issue of lack of funds, it is an issue of who ‘deserves’ these funds, and more often than not, it not POCs or black people.  It is imperative that the governments not let private players use this as an opportunity to take over and disenfranchise these communities further. “If we do not stop the rental crisis, we’re going to be taking what were preexisting disparities and we’re going to be widening. This is a moment to close the gap. It is certainly a moment not to let the gap get wider,” NYU professor Kathy O’Regan said.

Read more: Podcast on the History of International Labour Day

Riot or resistance? How media frames unrest in Minneapolis will shape public’s view of protest 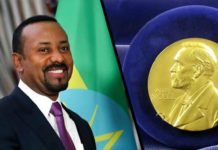