Known for his topical sharp cartoons on PM Narendra Modi and BJP government, Political Cartoonist Manjul was shown the door at Network 18 group. Manjul had been working with Network18, a media company owned by Reliance Industries, on a contract basis for the last six years, reported The Wire.

There has been a pattern since Modi govt has come to power. The journalists who question Modi and central govt are removed from their news channels through Modi govt. corporate friends. Names like Punya Prasun Vajpayee, Abhisar Sharma, Pankaj Srivastav comes to mind in the recent times.

Cartoonist Manjul have been under the radar of Modi govt. lately.

The suspension happened within four days of Manjul receiving an email from twitter stating that Indian Law Enforcement has claimed that the artist’s account is in “violation of the law(s) of India”.

The email from Twitter did not specify which tweets have “violated the laws of India”. The artist tweeted that some clarification is be required as to which specific cartoons and tweets were guilty of such a violation.

The email from Twitter stated that that the artist has three possible ways to respond to the accusation: seeking legal counsel and challenging the accusation in court, deleting the concerned posts or account, or visiting civil society or related NGOs with the matter.

It is important to note that Manjul is one of the accounts which has been critical of the handling of the Covid-19 second wave. According to him, the email is “pure intimidation”. “Twitter tried to waive off its responsibilities by sending me an email, just so in case another notice is served tomorrow, I will have to bear its brunt.”

This is not the only one. It seems Indian govt has found a new means to intimidation to curb dissent on social media- Twitter itself!

On 10th June, senior lawyer Prashant Bhushan also has received a notice from Twitter for sharing a cartoon by Satish Acharya, an editorial cartoonist. Bhushan said he was informed by the social media company that the tweet “violates the law(s) of India”.

Twitter has received a request from 'India', which I presume means the Indian Govt, that my tweet of Satish Acharya's cartoon below, violates 'the laws of India' & therefore should be taken down!
Which laws Sir? Sedition? Or the law against looting banks?🤣 pic.twitter.com/3mxdqk9811

In the last few months, Twitter has been blocking a number of accounts, and censoring tweets which have been critical of the Central Govt., especially in its handling of the Covid-19 second wave. These accounts have been blocked on government orders.

Over 52 tweets that highlight lack of oxygen cylinders, beds, that show visuals of cremations, have been censored by twitter on the request of the Indian Govt. Additionally, around 250 accounts have been blocked by Twitter which were tweeting information related to the farmers protest.

There is no gore only truth in it.
BJP IT cell bots are still trying to hide the truth by mass reporting such videos.
BJP has murdered more than democracy. @INCIndia @TwitterIndia pic.twitter.com/RUARnxfOUv

The government is able to censor tweets at such a scale because of Article 69(A) of the Information Technology Act. According to the Internet Freedom Foundation, Article 69(A) allows for a “secret censorship” where Twitter, Facebook, Instagram are not obligated to provide the reason for censorship or blocking of accounts.

“This creates a bizarre situation where citizens have the right to challenge take-downs, but are unable to do so because they don’t have access to legal orders.” – Internet Freedom Foundation.

In an order released in February, when the Farmer’s Protest was receiving heavy coverage in the media, the Govt. directed the micro-blogging site to block the hashtag, “#modiplanningfarmersgenocide”. The order stated that such a hashtag, “has been found to be instigating people to commit cognizable offences in relations to public order and security of the state.”. The note proceeded to mention how the site was obligated to act in accordance to the authorities directions about what content is appropriate and what could potentially threaten public order.

Manjul has expressed concerns about his livelihood stating that he might lose clients, considering many are now scared to associate with him. He however has decided to resist intimidation tactics, and continue to put out cartoons. “I am least bothered by such intimidation. As long as my clients permit, I will keep drawing.”

Manjul, in an interview with Newslaundry, talks about how the government only wants to muzzle all form of critical voice, so as to safeguard its image. He mentioned the arrests of Disha Ravi and Siddiqui Kappan, being examples of the same. Recently even comedians have become a target for the government with the recent arrest of Munawar Faruqui and four others, for their supposedly “indecent remarks” about Amit Shah and Hindu deities. The new project, however, is to shut down any evidence and criticisms that highlight the mismanagement of the second wave of the pandemic.

In a database launched by Article 14 in February, on the patterns of sedition cases since the 2014 general elections, the findings show how sedition charges have become the de-facto strategy for governments each time they face large amounts of public criticism and protests. The database showed that as of February, 6 sedition cases were filed during the ongoing farmers protest,  22 after the Hathras gangrape, 25 amid protests against the Citizenship Amendment Act in 2019 and 27 after the Pulwama terror attack. Majority of the accused were protesters, activists, union leaders, journalists and scholars.

Article 14 found that among these cases, many were accused of sedition for holding posters, social media posts, shouting slogans, and even in personal communication. The second wave is yet another instance that is receiving widespread criticism; it is thus no surprise that the government, in its project to completely deny claims of mismanagement, is looking to twitter and altering social media policy to further police and surveill citizens.

No Government and No Governance: Foreign Medical Aid Remains Undistributed a... 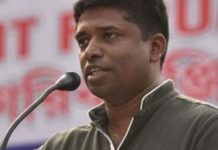 Is it Justified to Curtail Liberty of All Accused till Trial...