In doing so, it has reclaimed power and sovereignty for the Bolivian people. The loan was accepted last year by the coup regime of Jeanine Anez, who claimed that the funds were a necessary shot in the arm after a political crisis that led to the resignation of long-standing leftist leader Evo Morales.

BREAKING: Bolivia has cancelled and returned the full sum of the US $346.7 Million IMF loan taken out by the coup regime, in rejection of IMF impositions on internal economic policy.

As of February 2021, the loan had already racked up $24.3 Million in interest and commissions. pic.twitter.com/4sPkAJRtsg

“In addition to being irregular and burdensome due to financial conditions, this loan resulted in … millions of costs for the Bolivian state,” the bank said in a statement.

Bolivia is one of the poorest nations in Latin America and has been especially hard hit by the coronavirus epidemic in recent months.

The central bank returned $351.5 million to the IMF, including $4.7 million in interest and fees.

The Bank also confirmed that it would initiate administrative, civil and criminal proceedings against those responsible for arranging the loan with the IMF. 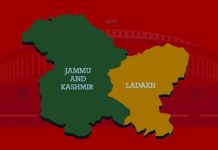