Eighteen strategic sectors have been identified by the finance ministry in a large scale move towards privatisation. The 18 sectors include banking, insurance, steel, fertiliser, petroleum and defence equipment. The 18 strategic sectors have been classified into three broad segments– mining and exploration, manufacturing, processing and generation, and the services sector.

The dangers of privatisation of the defence sector are enormous. A need for constant military expansion, where more war means more profit. Modi’s Islamophobia with Ambani-Adani business interests will profiteer with manufactured ‘security threats’ .

The Finance Minister Nirmala Sitharaman had announced this policy as part of the ‘Atma Nirbhar Bharat’ economic support package earlier this year in May. According to the policy which is awaiting Cabinet approval, there will be a minimum of one and a maximum of four public-owned companies in the strategic sectors. Where there are more than four companies, they will be merged or privatised. The non-strategic sectors will be completely privatised. This is the first time since 1956 that such a policy, which has declared complete privatization in the non-strategic sectors, has been suggested.

According to a report by the Print, proposed policy will not apply to “autonomous organisations or trusts, regulatory authorities, refinancing institutions — many of which have been created through Acts of Parliament” and “central public sector enterprises that provide support to vulnerable groups through the financing of SCs, STs, minorities and backward classes, security printing and minting, and organisations like railways and posts that undertake commercial operations with a development mandate”.

While this policy makes a differentiation between strategic and non-strategic sectors, what can be seen is that all sectors will have increased privatisation. The decision to define only what will not be completely privatised instead of what will be privatised is an ideological decision. Here, privatisation has been declared the norm and the presence of PSUs has become an exception. This provides scope to privatise nearly everything since nothing outside the 18 sectors has been defined.

Since its first term, the Modi government has gradually pushed policies for increased privatisation in these sectors already, often directly against the demands of workers and peoples’ groups, but this is not limited to right-wing governments. In 2006, defence workers under the All India Defence Employees’ Federation (AIDEF), Indian National Defence Workers’ Federation (INDWF) and Bharatiya Pratiraksha Mazdoor Sangh (BPMS), demanded that the government turn down the recommendation of the Kelkar committee and roll back a policy of seeking private investment in defence factories. In 2014, the Modi government had raised the cap on FDIs in defence to 49% through the automatic route, and more in select cases. In 2017, AIDEF workers went on strike again to protest against the decision to allow for 100% FDI through the automatic route. In May this year, Nirmala Sitharaman announced that the cap would be raised from 49% to 74%. There is a steady increase in the amount of privatisation this government will allow in the defence sector. Sitharaman has also announced that the documents required to buy weapons, such as the ‘general staff qualitative requirement’ will be ‘simplified’ to make them more realistic, and weapon trial and testing procedures will be overhauled as well.

The dangers of this are alarming. The privatisation of the defence sector leads to a need for constant military expansion, where more war means more profit. The right-wing agenda of the Modi government will fit in perfectly with the business interests of Ambani and Adani, leading to more manufactured ‘security threats’ and the resulting violence, that often goes hand in hand with islamophobia. Corporates involved in the defence industry will also have a larger say in India’s foreign policies. The changes with respect to the GSQR will make it easier for certain organisations outside of the state military to potentially have access to large quantities of weapons as well.

Another strategic sector is banks. Economic analyst Aunindyo Chakravarty points out that economically, there is no good case for the decision to privatise banks. He points out that the current state of government banks has been caused due to policies which pushed them to finance private companies’ projects, and that many private banks have shown signs of serious mismanagement and corruption, and before nationalisation, “a few corporate houses controlled all funds, credit flowed into speculation and the agriculture sector had virtually no access to credit”.

Another sector set to be privatised is coal. 40 coalfields in ecologically sensitive areas are going to be opened up for auction, where the eligibility criteria for bidding does not have a requirement for technical expertise in the sector. Majority of the coal blocks to be auctioned off are home to indigenous communities and crucial forest cover, and at least seven of the coal blocks were previously deemed as ‘no go’ areas for mining due to their environmental value. Various groups have protested and called for strikes against this decision, and four state governments (Jharkhand, Chhattisgarh, West Bengal, and Maharashtra) have opposed this decision. While the resources will be taken from coal-rich states, the state governments will not receive any of the supposed benefits of this decision but will rather have to deal with the social and environmental fallout. The auction, in which Adani is one of the bidders, will lead to large scale displacement of Adivasi communities, large scale deforestation, erosion of fossil fuel, increased pollution, exploitation of coal workers, and so on.

Similarly, privatisation in most sectors will lead to various socio-economic disadvantages to the people of the country. Certain sectors have historically functioned as services to the people by the government, to ensure accessibility to essentials, be it communication, transport, fuel, electricity, and so on. The quest for profit inevitably leads to the exclusion of various sections of society from being able to access these services, and further, often leads to the exploitation of workers, natural resources, and the rights of people to those natural resources. This privatisation policy has come barely after a few months of the dilution of labour rights as well. With all of these recent policies building up huge profits for the Ambanis and Adanis of the country, against the interest of multiple sections of society, the government seems to have made clear whom it is serving now. 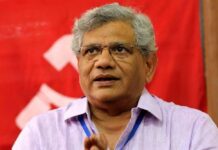 23rd February to be observed as “Pagdi Sambhal” Day: SKM 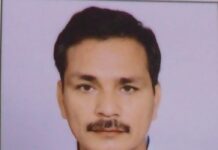 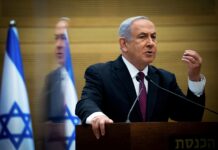 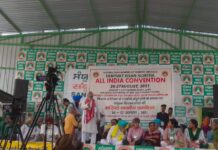 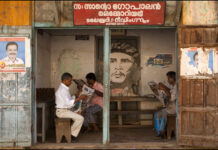 How Liberals Killed Che Guevara: Life and legacy of a Revolutionary