Attorney General KK Venugopal has declined to grant consent to initiate contempt proceedings against actress Swara Bhaskar. He further stated that her remarks about the Ram Janmabhoomi judgement by Supreme Court were “not an attack on the institution”.

The petitioner is Usha Shetty, who is a leader of the right-wing organisation, Virat Hindustan Sangham (VHS) Karnataka, founded by Subramaniam Swamy. The petition was filed through advocates Anuj Saxena, Prakash Sharma, and Mahek Maheshwari. Mahek Maheshwari is the advocate who filed the complaint against Prashant Bhushan. Maheshwari began his legal career at BJP leader Subramaniam Swamy’s law office and is an active member of the Virat Hindustan Sangham.

The petition alleges that Swara Bhasker scandalized the court by saying “courts are not sure if they believe in the constitution” while addressing a conference “artists against communalism” at Mumbai in February 2020.

They cited two paragraphs, the first of which quoted Bhaskar as having stated,

The plea alleged “objectionable statement” made by Bhaskar is reproduced in the petition as :

“We are living in a country where the Supreme Court of our country states that the demolition of Babri masjid was unlawful and in the same judgment rewards the same people who brought down the mosque.”

The petition alleges that her statements were not only a “cheap stunt of publicity” but also a deliberate attempt to turn masses to revolt against the Supreme Court.

“The alleged contemnor statements intends to incite feeling of no-confidence amongst the public with respect to the proceedings of the Hon’ble Court and integrity of the Hon’ble Judges of the Apex Court of India”, states the Petition filed by Adv. Anuj Saxena, Prakash Sharma & Mahek Maheshwari on behalf of Usha Shetty.

Referring to the first part of Bhaskar’s statement, Venugopal stated that her remarks were factual.

“The Statement in the first part appears to me a factual one and is a perception of a speaker. The comments refer to the Judgment of Supreme Court and is not an attack on the institution. This does not offer any comment on the Supreme Court itself or say anything that would scandalise or lower the authority of the Supreme Court”.

“The Second Statement is a vague statement not related to any particular Court and something which is so general that no one would take any serious note of this statement. I do not think that this is a case where the offence of scandalising of Court or lowering the authority of the Court would arise”.  I, therefore, decline consent to initiate contempt proceedings against Swara Bhaskar,”. Venugopal told the petitioner’s lawyer, as reported by PTI.

COVAXIN controversy -is it safe?

Jose Pepe Mujica Resigns from Politics: Let This Not Be The... 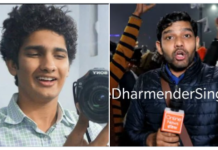