Today, the 6th of August marks 29 years since the cold-blooded massacre of Dalits in Tsunduru in Andhra Pradesh by a mob of Reddys and Kapus, followed by years of gross injustice meted out to the survivors and the victims’ families by the police, the judiciary, and the state. The trajectory of the numerous injustices committed against the Dalits of Tsunduru shows the lengths to which Savarnas in this country can go to preserve their caste privileges and power and how deeply violent and inhumane caste-Hindu society is.

For a long time before the 6th of August, the people of the dominant landowning Reddy caste of Tsunduru felt angered and threatened by the gradual social upliftment that the Dalits of the village had carved out for themselves. The village was starkly divided by a road going down its middle into a Dalitwada and an upper-caste area. The Dalits were mainly employed as agricultural labourers in Reddy-owned lands. According to Jaladi Moses, a survivor and the president of the Tsunduru Dalita Badhitula Porata Committee. In addition, many of the Dalit youths at that time had begun to migrate to the nearby town of Tenali where they pursued higher education in Ambedkar college. Empowered by the anti-caste knowledge of Ambedkar, Phule and Periyar, they began to organize and assert themselves.

Many Dalits converted themselves to Christianity, took part in cultural programmes, invoked radical icons like Ambedkar, and slowly resisted the caste stranglehold in the village. Angered by this lack of subservience, the dominant caste members felt justified in creating conflicts over non-issues, some of which were a Dalit boy’s foot touching the foot of an upper-caste boy and a Dalit youth being seen reading a newspaper in a barber-shop. The dominant caste members also enforced a social boycott, ensuring that Dalits were not able to go to their fields or enter their localities.

The deep-rooted need for the powerful caste to oppress and show the oppressed their place is what Reddy caste-solidarity operated on. According to Moses, a day before the massacre, the caste heads of the community met with the then Home Minister Mysoora Reddy in a private hotel room. The Chief Minister at the time was also from the same caste. The police, in-complete nexus with the upper caste interests, ensured that the premeditated murders took place with as little scope for consequences for the perpetrators as possible.

On the 6th of August, the local policemen induced the Dalits to flee to the nearby fields, misleading them by saying that potential attacks could take place in their homes. In the fields, a mob of around 300 Reddy and Kapu men from not just Tsunduru but also the nearby villages of Modukuru, Valiveru, Munnangivaripalem, Vellaturu and Manchalawas, were waiting with weapons including axes, iron rods, spears and so on. Here, eight Dalits were brutally murdered, their bodies were stuffed into gunny bags and thrown into the Tungabhadra canal, and others were chased and brutally tortured. The police were clearly not only aware that this massacre would take place, but in the period that followed, made clear their caste allegiance, as the murders were denied, FIRs were delayed, reports were recorded with inconsistencies, and the bodies were recovered by the survivors and the victims’ families on their own.

The cruelty of caste society and its agents claimed a number of more Dalit lives after the massacre. On seeing his brother’s corpse, Mandru Parishuddha Rao, the elder brother of one of the victims, suffered a heart attack and passed away. Dr. Ravi Kumar, one of the doctors performing a post-mortem, felt severe emotional distress on seeing the mutilated bodies of the victims and committed suicide. Vice President of the Tsunduru Dalita Badhitula Porata Committee, one of the main witnesses to the incident and a politically motivated youth was murdered in the police firing on September 10, 1991 during a hunger strike to demand justice for the victims.

With sustained efforts and conviction, the Dalits of Tsunduru continued the struggle for justice, in spite of pressures from all sides. While the State attempted to dilute their anger by offering token compensations including welfare measures and reparations such as jobs or houses, they raised the slogan of ‘Justice not Welfare’. The compensations they demanded were for the whole community rather than individual measures. For example, Anoop Kumar and Ashokan Nambiar wrote, “The cinema theatre where the massacre was sparked off has been converted into an Ambedkar Residential School only on their demand”. They buried the victims at the heart of the village, naming it ‘Rakta Kshetram’ to serve as a constant reminder of the violence committed by the Reddys. They also demanded that a court be set up in their village as they could not travel to the district court, leading to the setting up of a Special Court in Tsunduru. They also demanded a special public prosecutor and a judge who had a positive track record while dealing with cases of atrocities against Dalits. All of these efforts were taken by the Dalits to ensure that justice is delivered to them and the usual methods of suppressing and diluting the victims’ demands are not successful on them. Many organizations like Democratic Action Forum for Dalits and Minorities, Kuluvivaksha Vyatirekha Porata Samithi, and Kulanirmulana Porata Samiti continued to struggle actively to ensure justice for years. While many of the survivors and the victims’ families attempted to boycott the Reddy fields, they had to go back to the fields of the murderers of their family members after a year due to the lack of any other work.

On 31 July in 2007, out of the 212 accused, the Special Court pronounced 123 as ‘not guilty’, 33 of the accused had died and out of the remaining 56, 21 were sentenced to life imprisonment.  Others were punished with merely one year of imprisonment or fines. Both, the victims and the accused made appeals to the High Court. However, only the appeal of the accused was taken up, and all the convicted and the accused were acquitted in 2014 citing lack of evidence, inconsistencies of witness reports, delay in FIR, and other such technicalities for which the victims were clearly not responsible. While the Supreme Court stayed the High court order, justice is yet to be delivered. While the Dalits of Tsundur are haunted by the memory and pain of the violence their families have suffered and forced to see the murderers roaming free. Many of the accused have risen in prominence and have become active in local politics.

Read More about the Massacre:

Read About: Kashmir lost Education, Health and Economy. What did India gain? 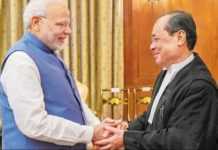