No doubt we are faced with the most challenging times . It is the time when brute force is preeminent. Both in the state machinery as well as in the Bhakats. But it is the challenge which provide opportunity and the strength to think afresh and boldly stand with the new ideas. But the fundamentals must be clear such to distinguish between Nationalism (Rashtarwad) and Patriotism ( Desh Prem ). Rashtarwad or Natioanlism as preached now was borrowed from west at a time in the face of economic crisis, this idea was propagated in Japan ,Spain , Italy and German and was meant for taking over power. Hence power is the central motive . It needs that an enemy be created to target for all ills. Where as Patriotism or Desh Prem is centered around solving problem of public in general . The motivation force of the nationalism is hate where as that of patriotism is love.

George Orwell notes that negative nationalist “ sees history as endless rise and decline of great power units , and every event demonstrate that his side is on upgrade and some hatred rival is down grade. … having picked his side he persuade himself that it is strongest. Nationalist is power hunger tempered by self deception . … A nationalist has indifference to reality. He not only disapprove of atrocities committed by his own side , but he has remarkable capacity for not even hearing about them. He is haunted by the belief that past can be altered. He spend his time in a fantasy world in which things happen as they should. “ These are some of the symptoms which make us clear that what type of challenge this situation offers .Understanding it we have to work consistently.

In this 100th year of Jallianwala Bagh Massacre , let us not forget that Michel O’Dwyer and Dyer were acting as British Nationalists where as the Indian patriots were forging patriotism by solving the food price rise by running common kitchen open to every citizen irrespective of Caste and religion . Thus forging a Hindu Muslim unity to the extent that celebration of Ram Navami which fell on 9th April was celebrated jointly by Hindus and Muslim . The procession was lead by Dr Bashir. It was this unity which reminded the british rulers of 1857 and they acted so mercilessly .

Let us remember what Shaheed Bhagat Singh and B K Dutt wrote to editor modern review in Dec 1929.

“ Revolution …. is the spirit, the longing for a change for the better. The people generally get accustomed to the established order of things and begin to tremble at the very idea of a change. It is this lethargic spirit that needs be replaced by the revolutionary spirit. Otherwise degeneration gains the upper hand and the whole humanity is led stray by the reactionary forces. Such a state of affairs leads to stagnation and paralysis in human progress. The spirit of Revolution should always permeate the soul of humanity, so that the reactionary forces may not accumulate (strength) to check its eternal onward march. Old order should change, always and ever, yielding place to new, so that one “good” order may not corrupt the world. It is in this sense that we raise the shout “Long Live Revolution”

It was this spirit which was being injected by Our beloved Gauri Lankesh . As Bhagat Singh said that they can kill the person but ideas lives on .

The duty falls on us is to empower the young and commoners with rational ideas . May this quote from Bhagat Singh guide us.

“The leaders show Philanthropy but this does not bring social change . For social change one needs to generate a scientifically oriented social dynamic force. “ This is the road ahead .History is witness that the human progress which will give solution to the real historical needs of people , may be delayed by divisive forces but it has to come . We are the facilitator of it. Let us determinedly go on and bring clarity in thinking .

Professor Jagmohan Singh is a former Professor at Punjab Agricultural University and Bhagat Singh’s nephew. He has been committed to dissemination of Bhagat Singh’s ideas He has digitized most of the essential writings of Bhagat Singh. He is also the founding member of the Association For Democratic Rights (Punjab), the JAMHURI ADHIKAR SABHA which was formed in 1978. The association was conceived as a mass based group to investigate first hand the reports of violation of human rights and put it in the public domain to help people’s movements in the fight for justice.

Four Years of Yogi Adityanath: Trial of a New model of Sanghi Governance

Kerala becomes the first state to move to Supreme court against... 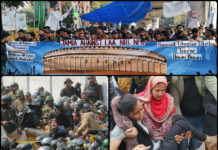 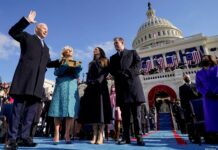 Biden Administration Breaks From Trump’s Policies, But Does it Really?