These rules have allowed for more censorship by the government. One of its provisions allows the government to ask platforms like Whatsapp to trace the origin of information shared on it, completely defeating the privacy of the users provided by end-to-end encryption.

The reply by the IT ministry to an RTI filed by investigative journalist Saurav Das shows that two of the Modi government’s legal advisors expressed to him in writing about the invalidity of the new IT laws which allowed regulation of social media when seen in the light of the Information Technology (IT) Act 2000.

The IT laws also have the provision under which intermediaries like social media platforms can be asked to remove ‘unlawful’ content posted on their site when notified by an appropriate government agency in a specified time duration. This includes every platform that hosts and publishes content without having editorial ownership of the content. This also means that alternative digital media that provides space for issues of importance that are not covered by the mainstream media, will no longer be able to freely question the state and even result in self-censorship to escape being targeted by the government. This was exemplified when the Indian government in April, asked Twitter to remove tweets that were critical of the government’s management of the COVID-19 pandemic.

Also Read: Curbs on Social Media Are Meant to Gag the People

Furthermore, the new IT laws also require OTT platforms like Youtube, Amazon Prime, and Netflix to regulate their content by self-classifying them on age-based suitability. The rules have been widely critiqued by the public and media fraternity for their potential to be misused by the State to curb any criticism directed towards it and stringent for surveillance that completely disregards the privacy of the people.

In a piece published by Article-14 Das has shared that two legal advisors to the ministry of law and justice, in January 2020 had put forth advice to the ministry of electronics and information technology that the new IT laws would require certain amendments to the IT ACT to stand legally valid.

“It may be advisable to act fairly by the administrative authorities to ensure the rule of law and prevent failure of justice while executing the proposed guidelines to avoid any embarrassment at later (sic) point in time.”, a deputy advisor at the law ministry had warned early in 2020.

These suggestions, later on, were set aside by the Law secretary Anoop Mendiratta and the laws as it is in the name of “larger public interest”.

The documents reveal that it was several months later from when the objections by the advisors were raised that the ministry of information and technology got involved in this matter and subsequently brought the streaming platforms and digital media spaces under the regulatory scope of these laws.

The IT laws were passed in February 2021 sidestepping any public discussion as well as the procedural requirement of parliamentary debates and approval from both houses. The widely criticized IT rules not exist under a law that nowhere mentions the media and was never really aimed at regulating it.

Nationalist Rhetoric should be toned down: HD Devegowda on Indo-China Standoff

Sedition charges to be dropped against the celebs who wrote open... 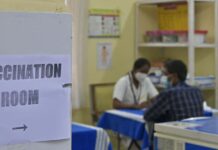