The BJP ruled Union government, on Monday, submitted in the apex court that it will set up a committee of experts to examine all aspects of the reports alleging that Israeli Pegasus spyware was employed for surveillance of prominent Indian citizens.

“This is a highly technical issue, we will appoint eminent experts to examine all aspects,” the Union government said.

In an affidavit filed through the Union Ministry of Electronics and Information Technology, the government has unequivocally denied all of the allegations made by the petitioners before the court.

“It is, however, submitted that with a view to dispel any wrong narrative spread by certain vested interests and with an object of examining the issues raised, the Union of India will constitute a Committee of Experts in the field which will go in to all aspects of the issue,” said the Indian state.

The government said that allegations levelled against it are based “on conjectures and surmises or on other unsubstantiated media reports or incomplete or uncorroborated material” therefore, they cannot be used against it for a judicial inquiry.

It further added that IT Minister Ashwini Vaishnaw had already clarified govt’s position on alleged Pegasus snooping in Parliament.

Previously an international media consortium had reported that more than 300 verified Indian mobile phone numbers were on the list of potential targets for surveillance using the Israeli Pegasus spyware. The list included journalists, activists, opposition politicians among others.

With reports coming into the light of the government’s alleged use of Israeli software Pegasus to spy on prominent personalities such as politicians, activists, and journalists, a row of petitions were filed at the apex Court.

While hearing a batch of petitions seeking a court-monitored probe into the Pegasus Project revelations in India earlier, Chief Justice NV Ramana had asked why none of the petitioners filed a criminal complaint under the IT and the Telegraph Act on the illegal interception. ‘We don’t see that any of them have filed a complaint,’ the CJI taking note of the petitions said.

Read More: Why no Complaint under IT & Telegraph Act: CJI to Pegasus Petitioners

After a day of darkness, UP finally postpones discom privatisation plan

Who is Responsible for the death of Migrant Sewage workers? 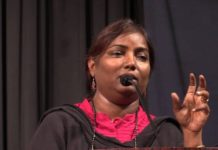