Indian journalist Rana Ayyub was awarded the McGill Medal for Journalistic Courage for the year 2020 on Monday, 24 February.

Ayyub is presently associated with The Washington Post as Global Opinions Writer and will collect the award at The Grady College Of Journalism and Mass Communication, the University of Georgia on 22 April.

Rana Ayub has reported on religious violence and extrajudicial killings by the state in India will receive the 2020 McGill Medal for journalistic courage.

“I accept this award on behalf of all journalists who are fighting an unpopular battle to speak the truth,” tweeted Ayyub after winning the award.

It is a huge honour for me. I accept this award on behalf of all journalists who are fighting an unpopular battle to speak the truth. Thank you @UGAGrady https://t.co/fAqCiCCS3X

In a career spanning fourteen years, Ayyub has been awarded the Sanskriti Award for integrity and excellence in journalism from the President of India. She was the recipient of the Global Shining Light award for Investigative journalism in the year 2017 and the Most Resilient Global Journalist of 2018 at the Peace Palace in Hague.

Ayyub authored an international bestseller titled “Gujarat Files: Anatomy of a Cover-Up,” an undercover investigation that exposes the complicity of the Indian Prime Minister Narendra Modi in state-sponsored genocide.

She has also been named by Time magazine among ten global journalists who face maximum threats to their lives and has been profiled by New Yorker. Ayyub is based in Mumbai, India.

Nominations for the medal came from journalists and journalism educators from across the country. The 2019 class of McGill Fellows, 12 students chosen for academic achievement, practical experience and leadership, researched the nominees and made the selection.

“Ayyub is committed to telling the stories of people who can’t do it on her own, making her an ideal McGill medal recipient,” said Sofia Gratas, the McGill Fellow responsible for researching the nomination.

The McGill Medal, now in its twelfth year, is part of the McGill Program for Journalistic Courage at UGA’s Grady College.

For more than 40 years, the McGill Lecture has brought significant figures in journalism to UGA to help the university honor McGill’s courage as an editor. In 2007, UGA added the McGill Symposium, bringing together students, faculty and leading journalists to consider what journalistic courage means and how reporters and editors exemplify it. The medal was added in 2009.

“All of this is for a single purpose: to advance journalistic courage,” said Diane H. Murray, the Grady College’s director of alumni relations and outreach and director of the McGill program.

The McGill program is named for Ralph McGill, the late editor, and publisher of the Atlanta Constitution. McGill was regarded by many as “the conscience of the South” for his editorials challenging racial segregation in the 1950s and 1960s.

Protesting Farmers to Hold National Convention on Aug 26 to Mark...

Students Speak Up Against the Atmosphere of Fear Psychosis at Guru... 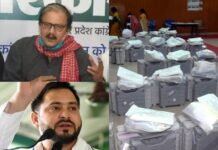 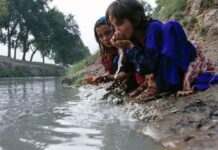 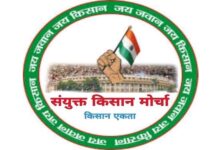 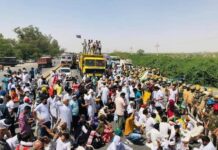