The Haryana Progressive Farmers’ Union (HPFU) has moved the Punjab and Haryana High Court challenging constitutional validity of the sedition law. The petition comes after 100 farmers were accused of sedition, for protesting against the Speaker of the Haryana Legislative Assembly.

The Haryana Police booked 100 farmers, protesting against the three agricultural laws, on July 11 in Sirsa. They were facing these charges for allegedly attacking the vehicle of Haryana Deputy Speaker, Ranbir Gangwa.

On July 15, the police arrested five farmers including the farmer leader Harcharan Singh and Prahlad Singh. They were also charged under the sedition law. They were later released on bail on July 22.

On Monday, The Haryana Progressive Farmers Union (HPFU) challenged Section 124A of the Indian Penal Code i.e. the sedition law, stating that it did not have constitutional validity.

The petition stated that the offence of sedition is vague and fails to define the criminal offences of those accused with sufficient definiteness. While there are certain guidelines laid down by the apex court which determine what falls under sedition, there is no availbale definition of sedition which is “capable of guiding the conduct of the ordinary citizen or the law enforcement authorities.” – As reported by LiveLaw.

According to the counsel representing the Farmer’s Union, “the petition takes the plea that the abuse of the law of sedition continues unchecked with cases being filed to silence critics thereby creating a chilling effect on the right to protest.”

Apart from sedition, the protesting farmers were booked offences under IPC Sections 147, 148, 341, 323, 332, 353, and others. The charges include offences such as attempt to murder, rioting, assault of a public servant, etc. In reference to this, the petition stated, “How can sedition and attempt to murder charges be justified if slogans are raised and windscreen of a vehicle of speaker is broken? It appears that the government is using terrorising tactics against farmers, merely because the farmers have shown black flags to BJP leaders.” 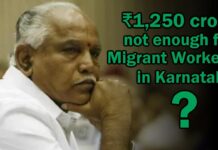 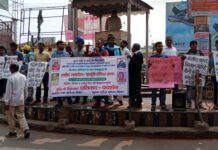