Another addition has been made to the list of police brutality by Uttar Pradesh police. People in Jahanaganj have still not recovered from the fear instilled in them by the barbaric police action that took place in the area on the evening of May 4. The only reason they were targeted by the police was their resistance against arbitrary action of police and administration.

Following which 200 police personnel ransacked the Dalit Basti, open fired, and later on indulged in arson in the basti. Furthermore, women in the locality were sexually abused. The Khaki-clad police personnel not only looted women’s jewelry but also their goats, hens, ducks and quails. The people who had escaped the Godhaura Dalit Basti after the police brutality have still not returned.

38 people who were imprisoned as a result of a lop-sided police investigation have recently got out on bail while 4 four people are still in jail. The injuries sustained by Dalit women in police brutality have still not healed; some of whom still cannot walk because of the injuries. The Dalit Basti is at present haunted by deadly silence and the heart-rending cries of Dalit women.

Kanhaiya Kumar Rao, a victim of police brutality says that ‘Policemen visit the Dalit Basti every day and subject Dalit women to injustice and torture by threatening them of arrests. This has continued for a long time now. Safety issues of women have led to the majority of the families from the basti leaving the village.

A Tale Full of Pain

Two months after the police brutality, we reached Godhaura Dalit Basti. At first, our unknown faces made the locals hesitant and retreat back to their homes but later on, when we introduced ourselves, few people including children came out to talk to us. Some of these children were arrested arbitrarily by the police and were subjected to custodial tortured in the Jahanaganj police station.

The atmosphere of the basti was full of tension and helplessness. Some of the houses had cattle tied to their doors which appeared as if they had not been fed properly in recent times. When we tried to enquire about the wellbeing of a few women, they cried and after some time said, ‘now there is nothing left in the house, whatever we had, the police took that away.’

The news of our arrival in the village traveled all across Godhaura and the nearby villages, owing to which police did not make a visit to the Basti that day. Dalit candidate Jamunti Devi, who was forcefully defeated in an unfair Zila panchayat election was sitting sadly with her daughter. They were surrounded by women with tearful eyes. The police brutality in Godhaura was even worse than what happened in Paliya village where the Azamgarh police had demolished the houses of Dalit families.

Former Cheif Minister and the President of Samajwadi party Akhilesh Yadav is the Lok Sabha representative of the constituency. Surprisingly Gaya Charan Singh (former MLA) had recently paid a visit to Paliya but did not visit Godhaura to meet the victims here. Laxman who lives in the basti says that ‘The entire village has been BSP supporter but still Behen Mayawati did not inquire after our well being.

The statue of Babasaheb Bhimrao Ambedkar in our village was mutilated by the police. Even till today, it has not been repaired. Police torture us every day. We have been beaten up so much that we are left with no strength to bear any more violence. We are completely broken after losing everything we had.’

Why Are Atrocities Being Perpetuated Upon Dalits in Godhaura?

Godhaura village is located 8kms away from the Azamgarh district headquarters. Jamunti Devi from the village had filed her nomination in the Zila panchayat elections on a seat reserved for women. Her son Kanhaiya had campaigned for her widely against the opponent Ranjana Chauhan, a relative of Forest minister Dara Singh Chauhan. Kanhaiya says that ‘after the counting, our mother had won the elections by around 450 votes but still she was not declared victorious. Later, police and other administrative officials came and turned the verdict upside down declaring Ranjana Chauhan victorious by 950 votes. We kept on pleading in front of the poll officers for recounting but nobody listened.’

According to eyewitnesses, Dalits started protesting outside the opinion poll areas against the unfair loss of Jamunti Devi and dispersed after the police baton-charged them. This happened on May 4. People from the Dalit Basti tell that the same evening, at around 7, the police superintendent Sudhir Kumar Singh, police area officer Siddharth Tomar and the SDM attacked the basti along with 200 police personnel. The Khaki-clads surrounded the village from all the sides and started open firing.

Badami Devi says that ‘Police fired for around 56 rounds and used teargas many times. The entire basti trembled under this attack. People were running haywire for their lives. Some people hid in agricultural farms outside the village. The police who came with all kinds of weapons and tools continued their brutality for three hours. Whoever was caught was beaten up badly. The doors of the houses were broken. Women’s jewelry worth lakhs was lotted and women were molested. They even damaged the hand pump and destroyed all our food items. A few motorbikes were broken and goats, hens, etc were stolen.’

Lalmati raises questions, ‘Till today there is nobody to tell us what our fault was. Unidentified names are recorded in the police report and they are using it to torture us. They come here every day and present us with their whimsical demands saying that they will strike off our names from the report or else send us to jail. Policemen demand things from us which we can’t give them. We also have integrity. Here, oppression and abuse is an everyday affair.’

Gaudhara’s local Laxman tells that, ‘The police also picked up children from the Basti who were kept under illegal custody for three days on empty stomachs and were badly beaten up. Women were also abused in the police station. The children were only let go after a bribe was paid to the police.’

What is the Truth About Godhaura?

According to the villagers, in the first round, 38 people were arrested which included 13 women and 20 men. Around 10 days back 4 more people namely Rambali, Prabhunath, Dalsingar, and Anand, were picked up by the police. They were sent to jail only because they were not ready to give up everything they had. People who have got out on bail include Kanhaiya Rao, Laxman, Jitendra, etc.

Among women Jamunti Devi, Subhavari, Badami Devi, Lalmati, and teenagers Ravita, Kavita, etc have recently come out of jail. Khooshbu, a BTC aspirant was also picked up by the police and subjected to abuse. Meera who had just come to her natal home in the basti too was jailed. Teenagers Suraj Chauhan, Golu, etc were picked up from a barber’s shop. All of them have come out on bail after two months.

What Has Been the Character of Azamgarh police

There are 150 houses in the basti and not a single house was left unattacked by the police. On the day of the attack, two sisters who were studying at that time were brutally abused by the police. One of them has sustained severe injuries and still can’t even walk.

Police entered the houses and destroyed the daily use things including fans, cooking stoves, stitching machines, almirah, chairs TV, cooler, scooter, bikes and cots, and sacks of wheat and rice. The incumbent Gram Pradhan Ram Prasad also could not escape this brutality and the doors and window glasses of his residence were destroyed. Personal accounts of people imply that the police looted jewelry and cash on a very large scale.

Ruchi, a villager told that her mother is blind but still she was made to run while the police beat her up. Many complained that their bodies are still swollen from wounds from police action and they are unable to perform basic bodily movements. Many have still not recovered from the trauma and physical abuse that they were subject to.

Avdhesh Ram shows his bodily wounds and says, ‘Look at my condition. There is not a single spot on my body where there are no marks. The police beatings led to a condition where I had to live in the jail hospital for a month.’

Charges by the Police

A day after the gruesome and casteist attack, the police registered cases against the Dalit victims only. Numerous charges were put against them including under IPC section 147, 148, 149, 323, 504, 506, 427, 341, 332, 353, 307, 188, 186,269, 336, 314. Along with this charges were also put under the Epidemic Diseases Act. Kanhaiya says that the police action was carried out under the direction of the forest minister Dara Singh Chauhan and that neither the incumbent CM Yogi Adityanath nor the former CM Mayawati is listening to them. Police meanwhile are using threat and force to hide their atrocities.

‘First Godhaura and now Paliya, but there has been no action initiated against the police which has been attacking Dalit bastis. Not even a token investigation was carried out by the administration. The biggest thing is that even if an official investigation is carried out, its results won’t be anything different because the attacks happened in the presence of police superintendent Sudhir Kumar Singh.’

Singh has not responded to any of the queries regarding the case and when he was asked about it on Twitter, he responded by mentioning the Paliya incident instead of addressing the Godhaura issue.

The report was first published on Janchowk. 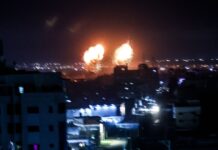 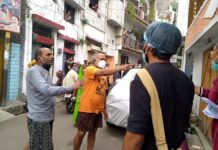 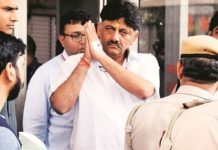 Yet another institutional murder at the altar of caste