The Freedom of Religion Act known as anti-conversion law in India is a double edged sword. Its twin objectives are establishment of Hindu Rashtra and it perpetuates caste supremacy. The minorities, dalits and adivasis constitute nearly 40% of India’s population; of which Dalit Muslims and Dalit Christians have substantial percentages among the minorities. However, it was the Presidential Order of 1950 which promulgated the order billed as the most state propelled anti-conversion law in the Independent India.

Presidential Order 1950 of para 3 held that only a dalit who professed hindu religion could be treated as scheduled caste and it was extended to all dalit groups except for dalits among Christian and Muslim origins. The order has four devasting effects on the dalit communities.

It denies the dalit Christian and dalit Muslim the identity of being a dalit.
It denies the right to freedom of religion or belief of one’s own choice
It denies the basic constitutional fundamental rights; effectively denying them the government schemes, entitlements including education, equal employment opportunities, and civil & political rights extended to dalits among the Hindus, Buddhists and Sikhs
Finally, it violates the Protection of Atrocities Act against SCST against caste based violence.

The anti-conversion law is a weapon to trample democratic rights and divide the dalits, adivasis and religious minorities.

The Indian penal Code has the provisions to address any violation amounting disruptions or creating even ill-will among the communities.  The provisions such as articles 153A, 153B, 295A and 505 deals with, “Promoting enemity between different groups on the ground of religion, race, place of birth, residence, language, etc., and doing acts prejudicial to maintenance of harmony”.

The arrest of the comedian Munawar Faruqui without even performing speaks volume of the force of the sections of IPC. Hence, it is critical to understand the intents of the action itself.

There are five major impacts of the Anti-conversion law especially on Dalits, Adivasis, minorities and women.

The law is against the basic human dignity and human rights enshrined in the Article 14 to 30 in Indian constitution that makes every citizens equal before law without discrimination and rather allows to profess, practice and propagate religion or belief of one’s choices. It violates the international covenants and instruments where India is a signatory. It is quite clearly spelled out in Articles 1, 18 & 19 of the Universal Declaration of Human Rights (UDHR), the Articles 18 &19 of International Covenants on Civil and Political Rights (ICCPR) and the Articles 2 & 3 of UN Declaration on Elimination of All Forms of Intolerance and of Discrimination Based on Religion or Belief.

2. The Law is an instrument of hate campaign, hate speech and violence

The anti-conversion law is an instrument of hate campaign and mass violence. The bogey of disloyalty to the nation as the source of religion originates in a foreign country like Israel. Peculiarly, the Hindutva forces are keen to emulate the Israelites for strategies of dealing with the religious minorities. The Christians are viewed in three stages over the decades. Initially, there was contempt for the Christians as a whole and it denigrated them. In recent years, a section of upper caste Christian politicians and higher clergy followed by the substantial presence of Christians even though they belong to marginalised communities were being co-opted. Dalits & Adivasi Christians are intimidated and attacked if it helps to polarise the voters to its advantages.  NDTV has noted 400% increase of hate speeches by the ruling top leadership since 2014.

3. The Law perpetuates conflicts and divisions among the social groups

The anti-conversion law has become source of continuous and varied conflicts. It has pitted both the adivasi and dalit communities against their own fellow community members based on their religious faiths and religious beliefs. It has divided dalits and adivasis who lived harmoniously hitherto for centuries to look at one another with suspicion for embracing another faith. Anti-christian violence in Kandhamal and Gujurat reveals how dalits and adivasis were at the neck of each other. They were foot soldiers of the Hindutva forces. The Uttar Pradesh Anti-Conversion bill has exposed how it could be used to spread communal feelings between Dalit, Hindus and Muslims, whereby a Dalit Hinducan not marry a muslim man without the administration approval. This is not just infantilizing the dalits and adivasis, but even women of majoritarian faith. For Dr. BR Ambedkar, conversion to other religious beliefs is a rejection of upper caste supremacy of Hinduism, a structurally enforced inferiority to justify in Hinduism.

4. The Act destroys their legal identity by robbing the dalit and adivasi identities.

The Anti-Conversion Law is being used by government machinery to rob the dalit and adivasi identities. There are attempts to file cases against adivasi Christians by Adivasis as there are stringent punishments and fines if the victims belong to adivasi and dalit. It is an ambiguous law and defeats its very purpose of protecting adivasis. For the dalit Christians, it is a double edged sword as they are attacked for their caste as well as religion. There are false cases are slapped against Christians without any evidences using major loopholes.

5. The Law destroys their economic, cultural, social and religious identity as a community:

Economical Rights: Religious minorities especially Christians and Muslims are considered as worst in the economic index. Charitable activities are considered as conversion and it results in the denial of NGO and church activities. Charity is central to religious belief and values.  Adivasi activists consider anti-conversion law as an instrument to divide the adivasis to grab the land for the corporate houses.

Social and Cultural Rights: Adivasis of all religions proud of their cultural heritage and continue to celebrate adivasi feasts with great pomp and splendor. The anti conversion throws cold water onto it and attempts to break the tribal bonding.

Religious Rights: Over 50 Gram Panchayats in Chattishgarh used PESA Act to ban non-hindus religious propaganda, prayers, speeches and buildings without Panchayat permission. Of course, it was struck down. Over all, the Act aims at denying the citizen rights to freedom of religion or belief.

Therefore, the Anti-conversion Law must be removed not just from Karnataka, but from all the states which enacted this undemocratic law.

Ajaya Kumar Singh is a social activist and lawyer, conferred with Minority Rights Award by the  National Commission for Minorities.

India Stands United With the Protesting Farmers: Chakka Jam Across the... 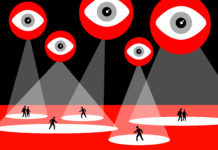 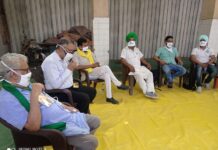 Headmistress Suspended over Namaz in Class in Karnataka