The Chief Metropolitan Magistrate has directed DCP, New Delhi to submit a detailed report explaining why no First Information Report (FIR) was filed against BJP leaders Anurag Thakur and Parvesh Verma in matters connected with hateful and inflammatory speech.

The court was responding to a plea by Brinda Karat, Member of the Polit Bureau of the CPI(M) and K.M.Tewari, Secretary Delhi State Committee.

Karat and Tiwari had written to the Commissioner on January 29 and subsequently on 31, while the letter to the SHO Parliament Street was sent on February 2. In their complaint, they had sought filing of FIRs under Sec. 153A/ 153B/ 295A/ 298/ 504/ 505/ 506 of the Indian Penal Code, 1860 among others against Anurag Thakur and Parvesh Verma.

They submitted that three separate incidents of gun violence took place as a direct result of the speeches and comments made by Thakur and Verma. But when the police failed to respond to Karat and Tiwari’s complaint, the duo moved court.

Anurag Thakur, Union Minister of State for Finance & Corporate Affairs, had recently stoked controversy by inciting people to “gun down traitors”. At an election rally, Thakur shouted, “desh ke gaddaron ko” and the crowd responded with “goli maaro s***on ko [shoot the traitors to the country]”. In the video he is seen asking “ye kaun hai gaddar” to which the crowd responds “Kejriwal” and he asks, “Pappu ko bhool gaye?” (Who are these traitors?) (Have you forgotten about Pappu? – reference to Rahul Gandhi).

Pravesh Verma meanwhile went a step further. In an interview to ANI, he said, “Lakhs of people gather there [Shaheen Bagh]. People of Delhi will have to think and take a decision. They will enter your houses, rape your sisters and daughters, kill them.” Verma added, “There’s time today, Modi ji and Amit Shah won’t come to save you tomorrow.” Considering that Shaheen Bagh protests are led by women, this comment sounds bizarre.

Lula Vs Bolsonaro: Will this be the last Brazilian election?

Can secular politics realize the dangers of “Grassroots Hindutva” that won... 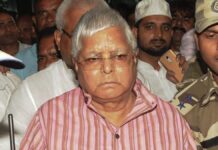