The Bharatiya Janata Party government at the centre has proposed a total ban of sale, storage or transportation of beef or beef products in any form in Lakshadweep. The government has placed a draft of the Lakshadweep Animal Preservation Regulation, 2021 in the public domain and invited for the public comments. The comments have to be sent in on or before March 28, 2021.

The regulations in the Section 5 (2) of the proposed draft, according to a Bar and Bench report states, “No certificate under sub-section (1) shall be granted in respect of—

(b) the calf of a cow, whether male or female and if male, whether castrated or not;

Violation of this provision will be punishable with imprisonment for a term which may extend to imprisonment for life but shall not be less than ten years and with fine which may extend to Rs 5 lakh but shall not be not less than Rs. 1 lakh. Any vehicle or conveyance which is used to transport beef or beef products will be liable to be seized by the officer appointed for the same and it shall stand forfeited to the Union Territory.

As Kancha Illaiah Shepherd, a renowned political theorist, writer and activist writes, In 2017, the union government tightened the regulation of the cattle trade across the country by mandating that no one could so much as transport an animal to a cattle market without first declaring that it was to be sold for agricultural purposes and not for slaughter. This beef ban has been criticised by the civil society and many anti-caste and minority organisations across India. As Anika Eliz Baby and Swati Krishna wrote in Gauri Lankesh News, these criticisms observe that Beef ban finds its roots in the caste system. By denying citizens the right to choose food, and by making slaughter illegal, the government has further deepened the divide by taking away nutrition and livelihood.

It is important to note here that the Union Territory of Lakshadweep has a Muslim majority, around 96.5 percent of the total population. Such total beef bans in the country has allowed the rise of cow vigilante and Hindutva groups that have been increasingly attacking the muslim and dalit communities across the country. As Shepherd notes the beef ban has legitimised the targeting of cattle traders by cow-protection vigilantes, and delegitimised the common practice of farmers selling old and unproductive milch and draught animals for slaughter in order to fund the purchase of young, productive animals.

The incidents of mob lynching have come up in the name of cow protection across the country. According to a Reuters report, a total of 63 cow vigilante attacks had occurred in India between 2010 and mid 2017, mostly since the Modi government came to power in 2014. In these attacks between 2010 and June 2017, “28 Indians – 24 of them Muslims – were killed and 124 injured”, states the Reuter’s report.

And according to Human Rights Watch, between May 2015 and December 2018, at least 44 people – including 36 Muslims – were killed in such attacks. Police often stalled prosecutions of the attackers, while several BJP politicians publicly justified the attacks. In more than 100 attacks, about 280 people have been injured between the same period, the report says. 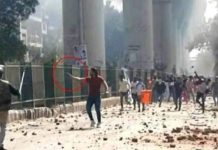